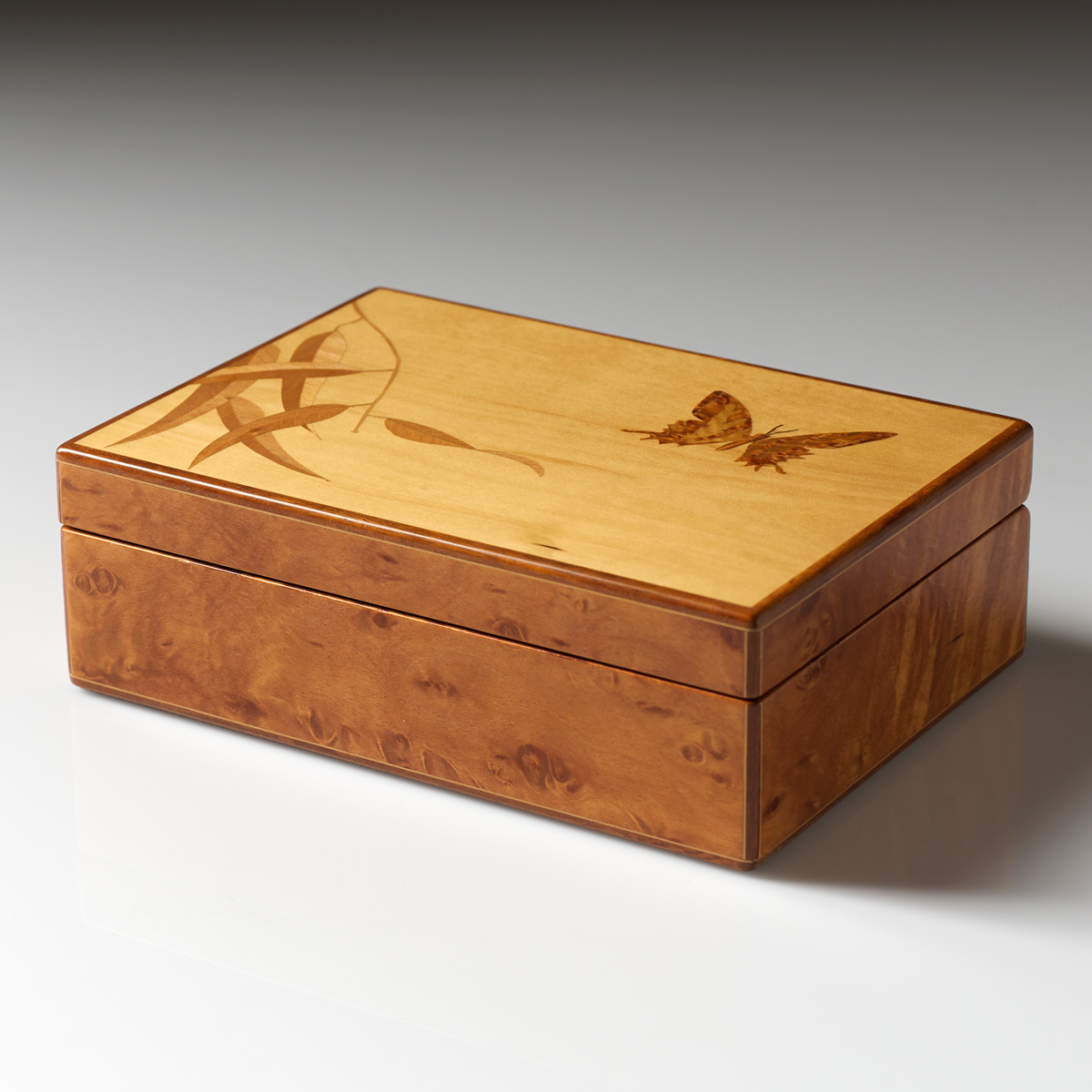 Marquetry describes a variegated, or patterned, surface formed from inlaid timbers. The technique demonstrates consummate skill on the part of the practitioner and Paul’s Marquetry Jewellery Box is a brilliant modern example. A base of solid Myrtle and sides of Myrtle veneer are the basic elements in the construction of the box. The lid is the main decorative focus. A quintessentially Australian scene of eucalypt leaves and a butterfly has been constructed from inlaid Musk, Myrtle and Coachwood on a Sassafras background. The colours and burl patterns of the timbers have been carefully selected for contrast and decorative effect. For Paul, box making was originally a means of creating something practical with experimental marquetry designs. Their popularity has meant that their production can no longer be done for “fun”, or when Paul has “nothing much on at the moment”.