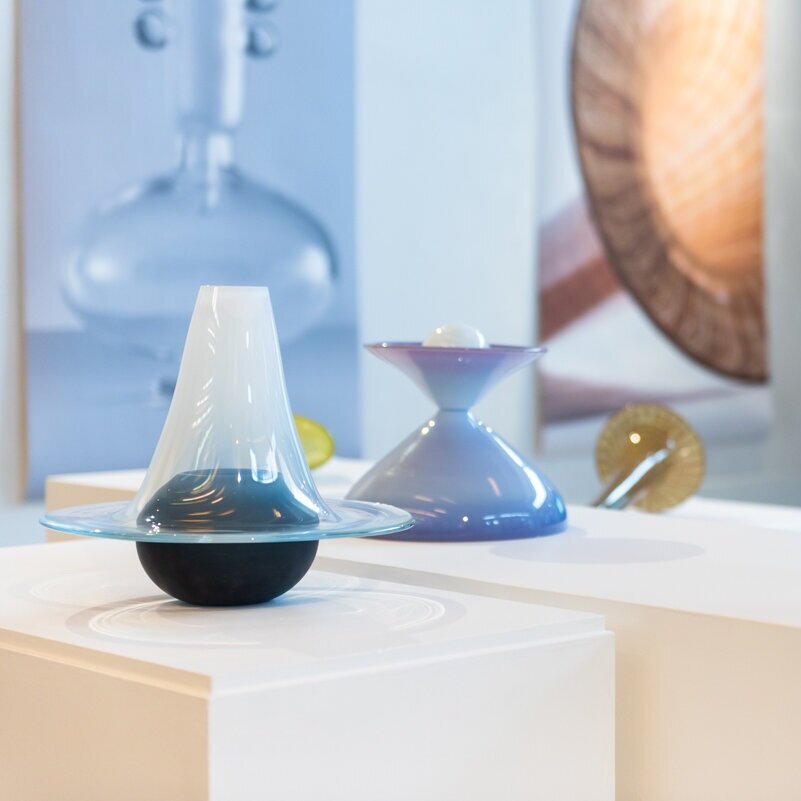 Inspired by the Murano glass chandelier that Italian architect Enrico Taglietti and his wife Francesca installed at the Italian Ambassador’s Residence in Canberra in 1967, the Glass Utopia exhibition draws a parallel between Venetian contemporary glass production and the Australian experience.

A selection of contemporary glass pieces by Italian and Australian designers will stimulate a visual dialogue between the objects, artists and glassmaking traditions. 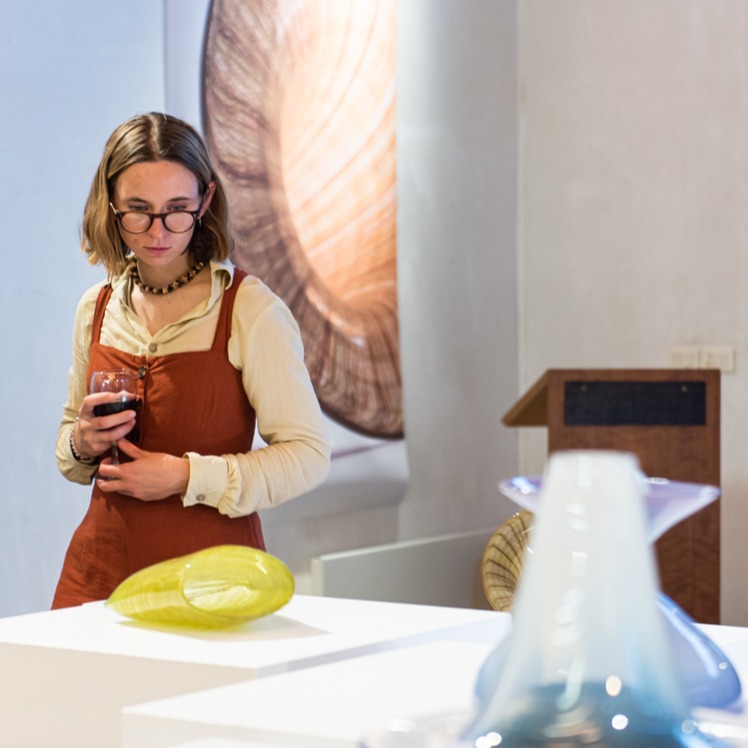 The first time I went to Canberra, I was invited as a speaker by the Design Canberra Festival at the Symposium dedicated to the Italian architect Enrico Taglietti, and I visited the Italian Embassy. This 1967 building is representative of the great job of this pioneer of Australian modernism. Yet the element that truly touched me, was the major chandelier installed by Taglietti for the Italian Ambassador’s Residence and made by a traditional Murano factory - so perfectly reflecting the thousand-year old tradition of Venetian glass blowing to build in my mind a spontaneous bridge between Italy, where I come from, and Australia.

My work as a writer and curator and my Milanese studio Mr.Lawrence are focused on contemporary design, so now is my natural setting. Considering the magnificent past of the Venetian glass blowing between XIV and XX century, it is interesting to reflect on the recent feared collapse or this craft. In my opinion from around the mid ‘80s, after the last masterpieces by Ettore Sottsass, with the lack of economic and creative interest from brands and factories, and an increasing shortage of craftsmen, Venetian glass seemed lost. It is a sad, and it is a familiar story worldwide.

Is traditional craft realistically still sustainable? Or it is necessary to create protected reserves to avoid extinction? While professionals were absorbed by theoretical speculation, in the last five years a new generation of glassmakers and designers spontaneously revitalized the Murano glass blowing industry (Murano is the Venetian island designated to glass production since 1291). A new sensibility - regarding taste and willingness to experiment – has revived the situation, naturally and undoubtedly. This recent interest is demonstrated by the Venice Glass Week now in its third edition, by an institution as Le Stanze del Vetro that in the last decade has dedicated research and exhibitions to the art of glassmaking in the 20th and 21st centuries. And - last but not least - by a new international market interested in contemporary glass design.

Starting from the chandelier by Enrico Taglietti - from my point of view, a first bridge between Murano glass and Canberra - I went on to consider if a link does somehow still exist, after half a century. Again thanks to Design Canberra Festival, I was invited to explore contemporary Australian art glass, and with enthusiasm I discovered a number of common elements between the two countries: inspiration, technique, aesthetic, research. Together with my partner Francesco Mainardi, we selected twenty-four pieces made by six Italian designers (in collaboration with Murano factories) and six Australian designers: Elizabeth Kelly, Federico Peri, Gala Fernandez, Jenni Kemarre Martiniello, Liam Fleming, Matteo Zorzenoni, Mel Douglas, Peter Bowles, Stories of Italy, Tom Skeehan, Federica Biasi, Zanellato/Bortotto.

We decided to keep the same idea of a community, not dividing the countries during the exhibitions of their work during the Design Canberra Festival, in order to activate a dialogue, and not a contraposition. We would like to suggest an independent lecture from the public, inviting visitors to discover spontaneously the common elements existing between all these pieces.

A realized Utopia, a glass Renaissance that is blossoming internationally - to demonstrate not only how the resilience of beauty is now stronger than ever, but also that creativity has no borders. Annalisa Rosso Design writer and independent curator Co-founder of Mr.Lawrence Craft ACT is one of the longest continuous-running visual arts membership organisations in Australia. Since 1971, we have been sustaining the practice of craft locally, nationally and internationally and our vision is to embed contemporary craft, making and design at the centre of everyday life in Australia’s capital, a global city of design. In 2014, we launched our successful outreach program, the DESIGN Canberra festival, which every November promotes experimentation, collaboration and innovation.

The Glass Utopia exhibition curated by Annalisa Rosso and Francesco Mainardi (Mr.Lawrence, Milan) is one part of the curated festival program which this year engaged 114,7000 people to over 200 events and attracted national and international media coverage. This significant exhibition which brings together traditional and contemporary craft practice in a modern design context, premiered in Canberra at the official residence of the Italian Ambassador to Australia. Featuring six Australian artists and six Italian artists, it stimulates a visual dialogue between the objects, designers and glassmaking traditions in both countries.

Perhaps not surprisingly, we have received interest in touring the exhibition to Italy, to Milan Design Week and Venice Glass Week. For Craft ACT, a small, not-for-profit membership organisation, this is a momentous opportunity to celebrate the global context for Australian contemporary craft and design and, through that, promote creative industries generally.

I thank the curators Annalisa and Francesco for their expertise, energy and friendship, the dedicated Craft ACT staff who brought this ambitious multi-venue exhibition to life in a very short timeframe, the Italian Ambassador to Australia Francesca Tardioli and her supportive team especially Giorgio Daviddi, and our valued exhibition partners AusGlass (the national body for the promotion of contemporary glass art in Australia) and Design Tasmania for making this project possible. 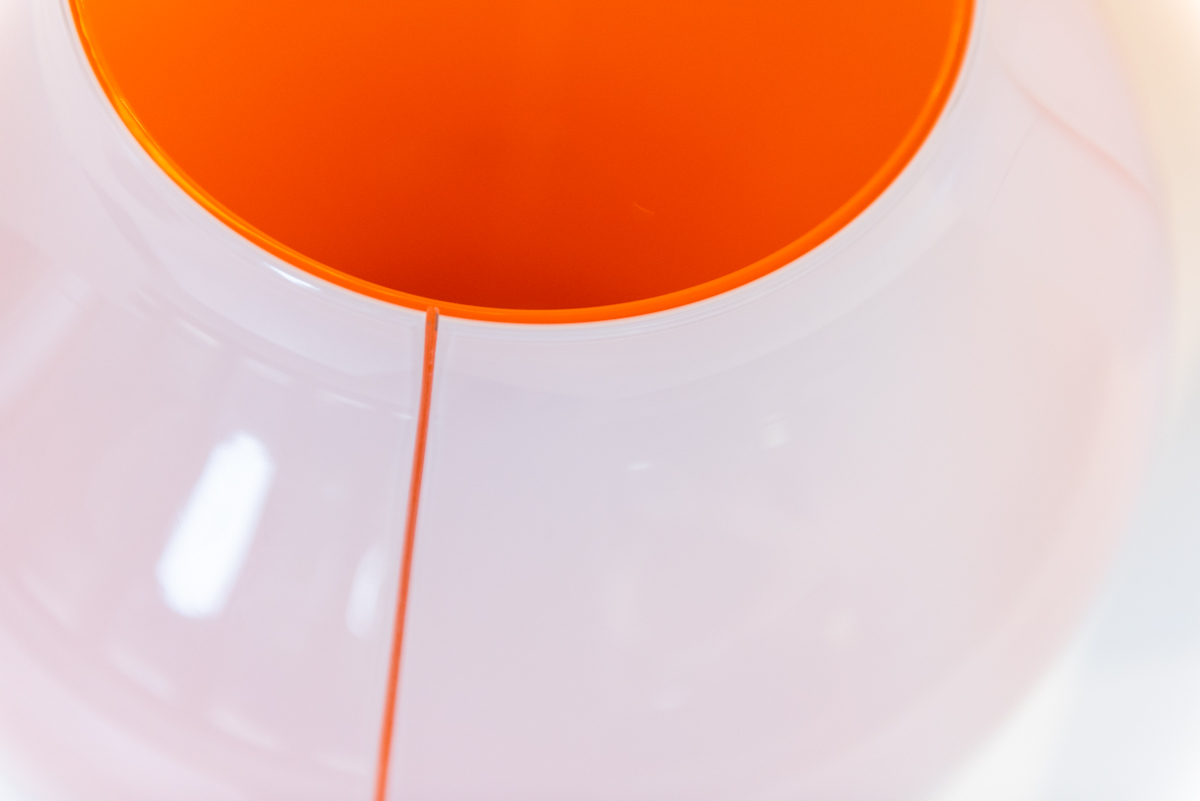 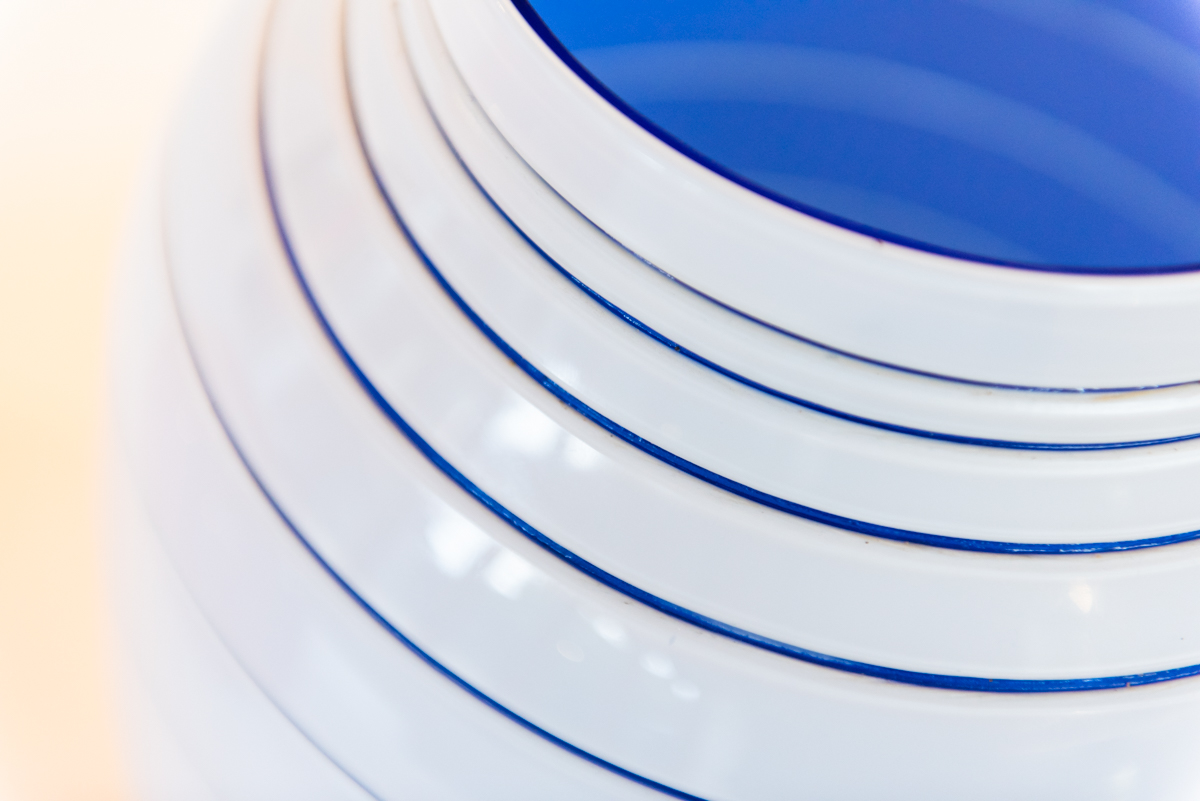 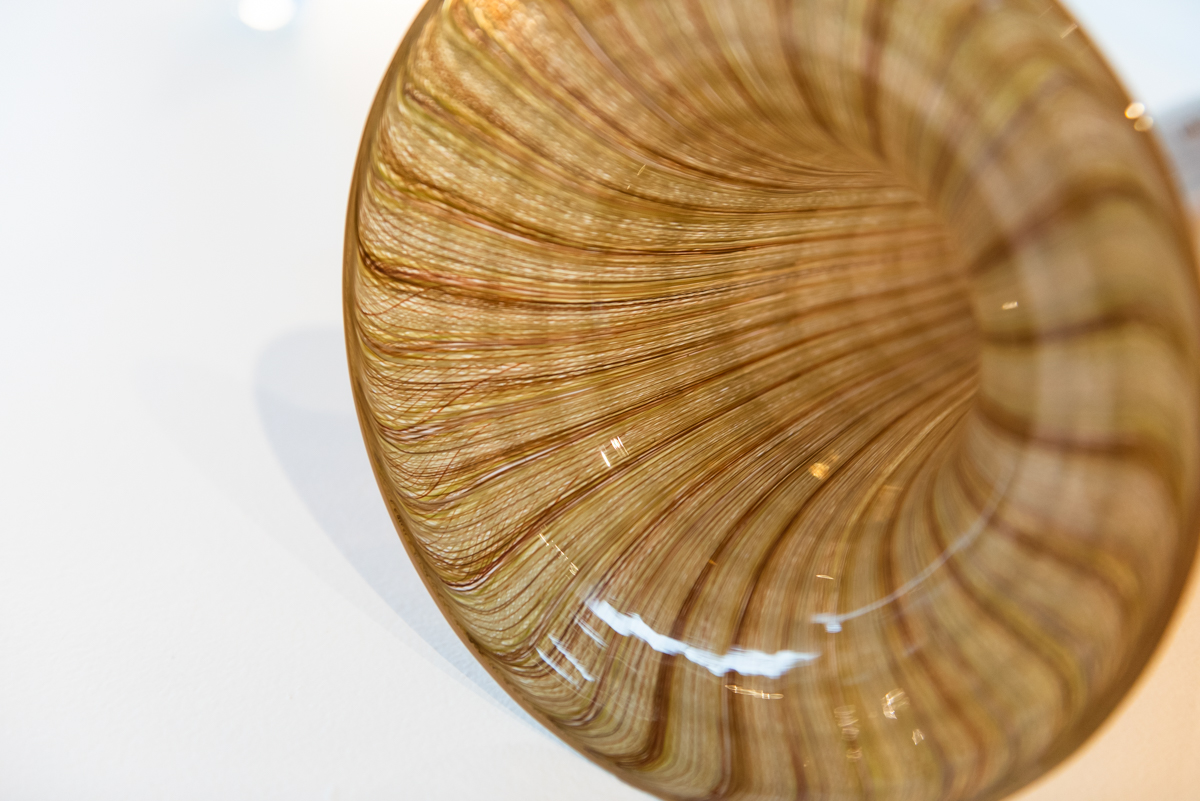 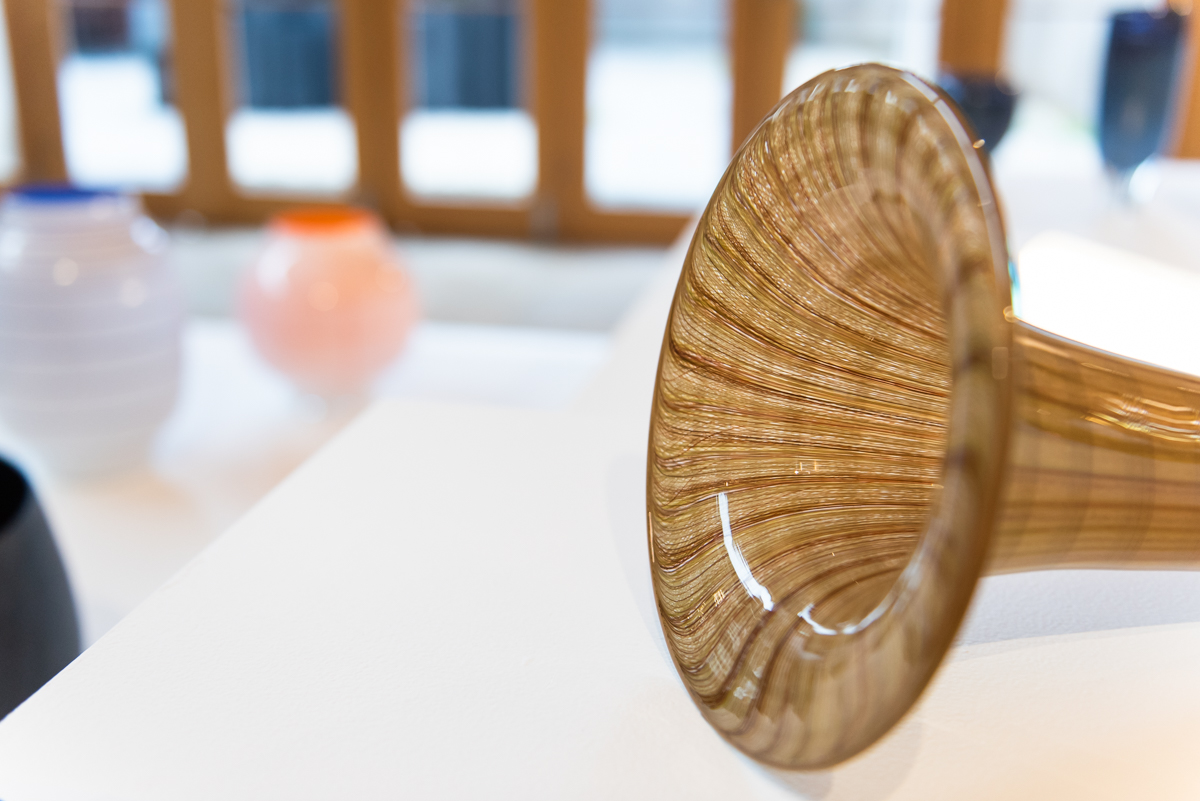 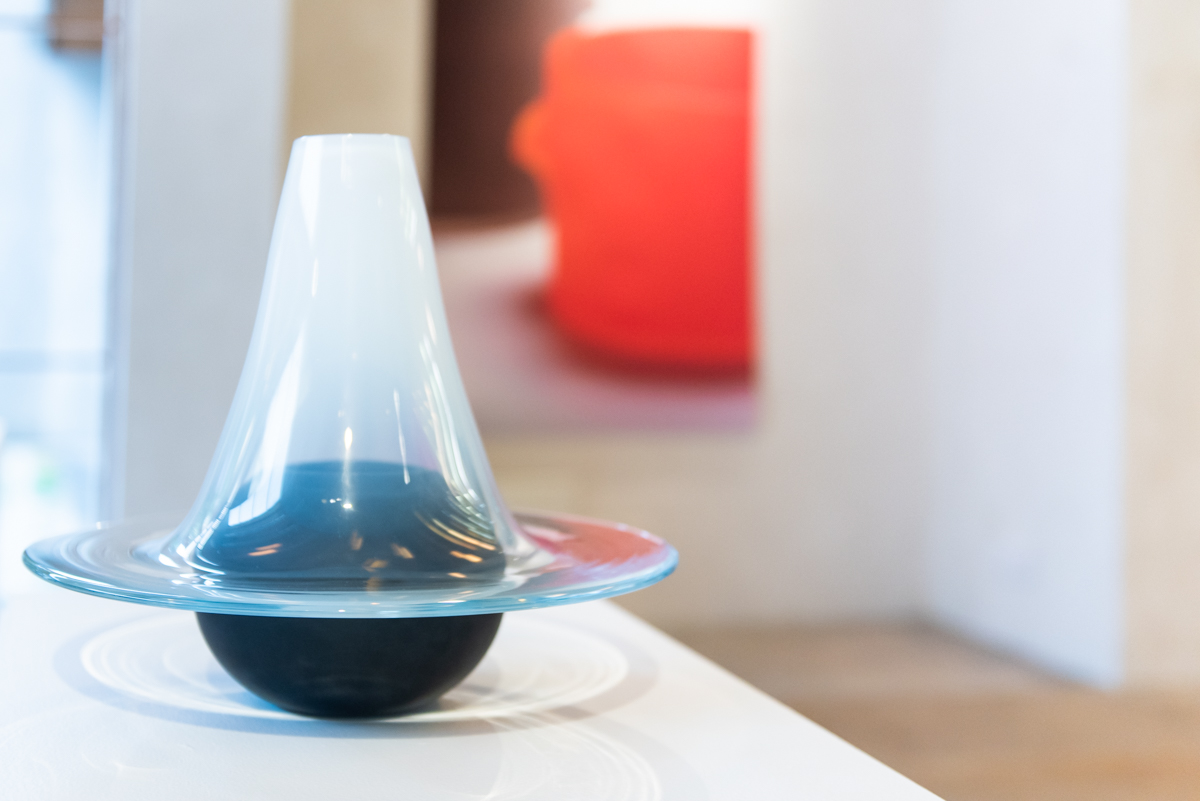 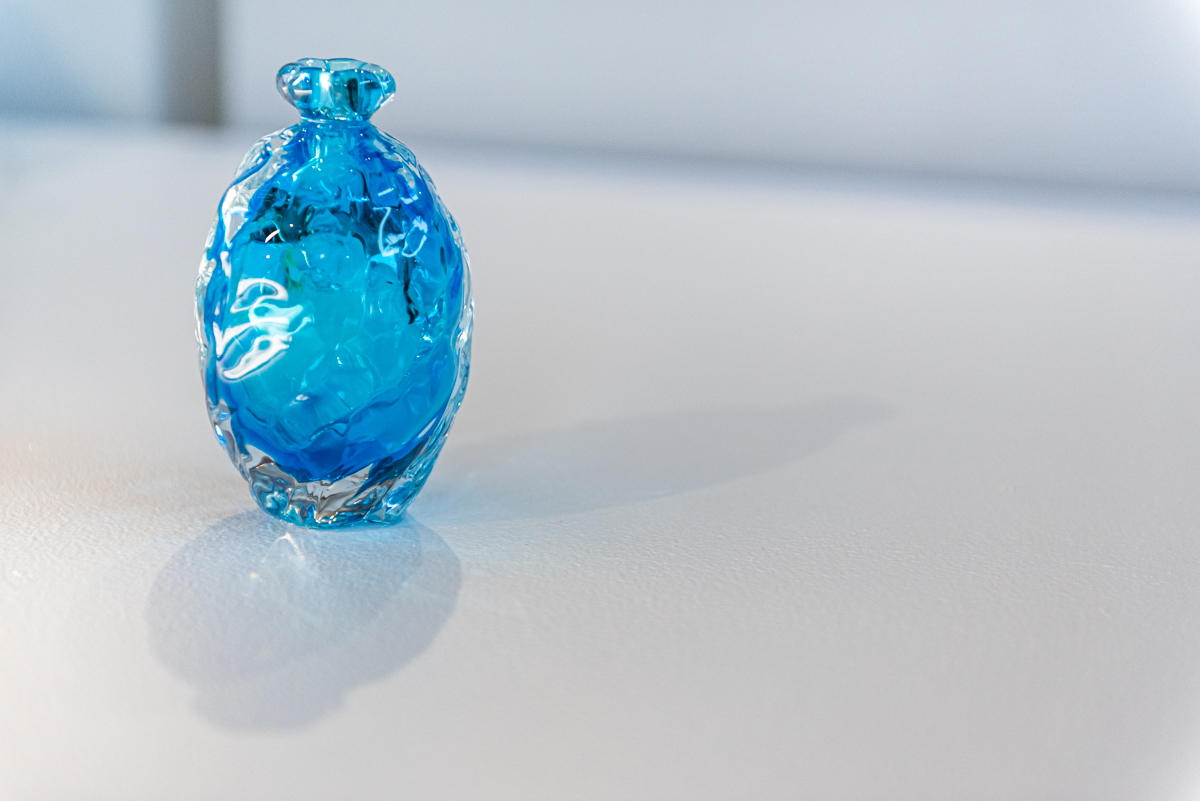 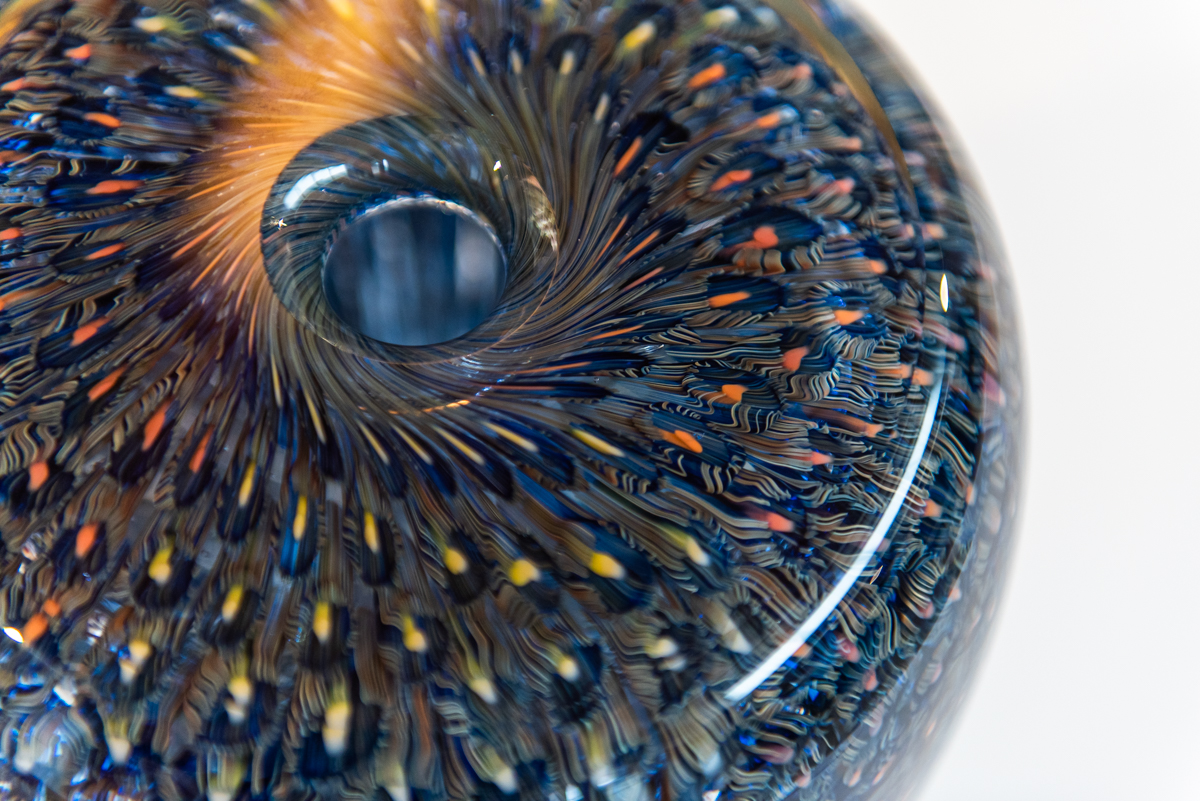 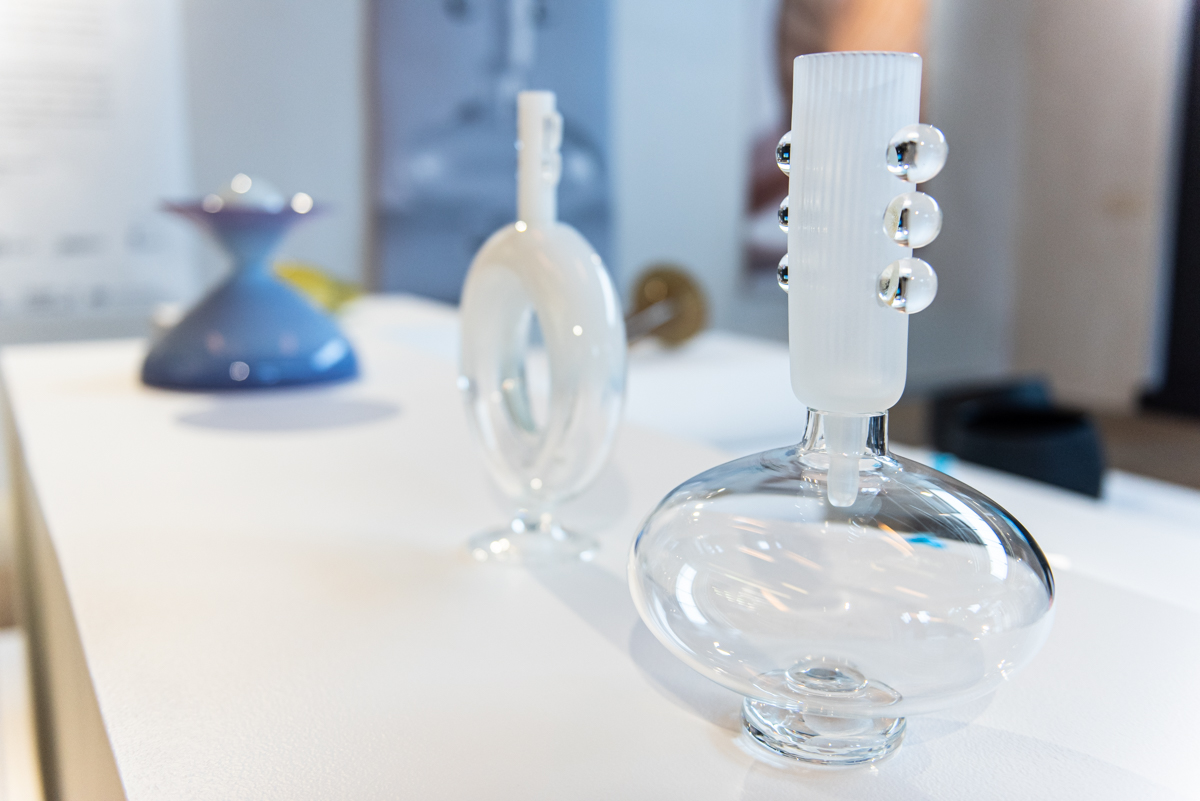 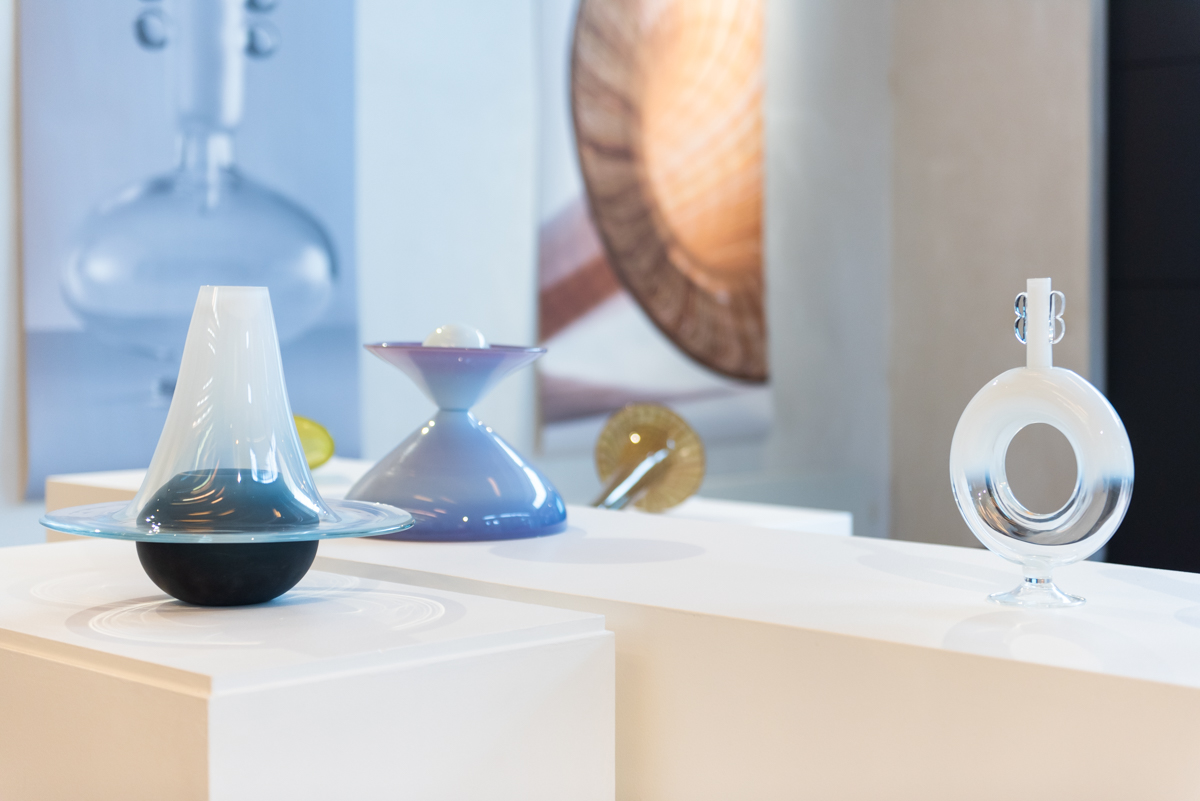 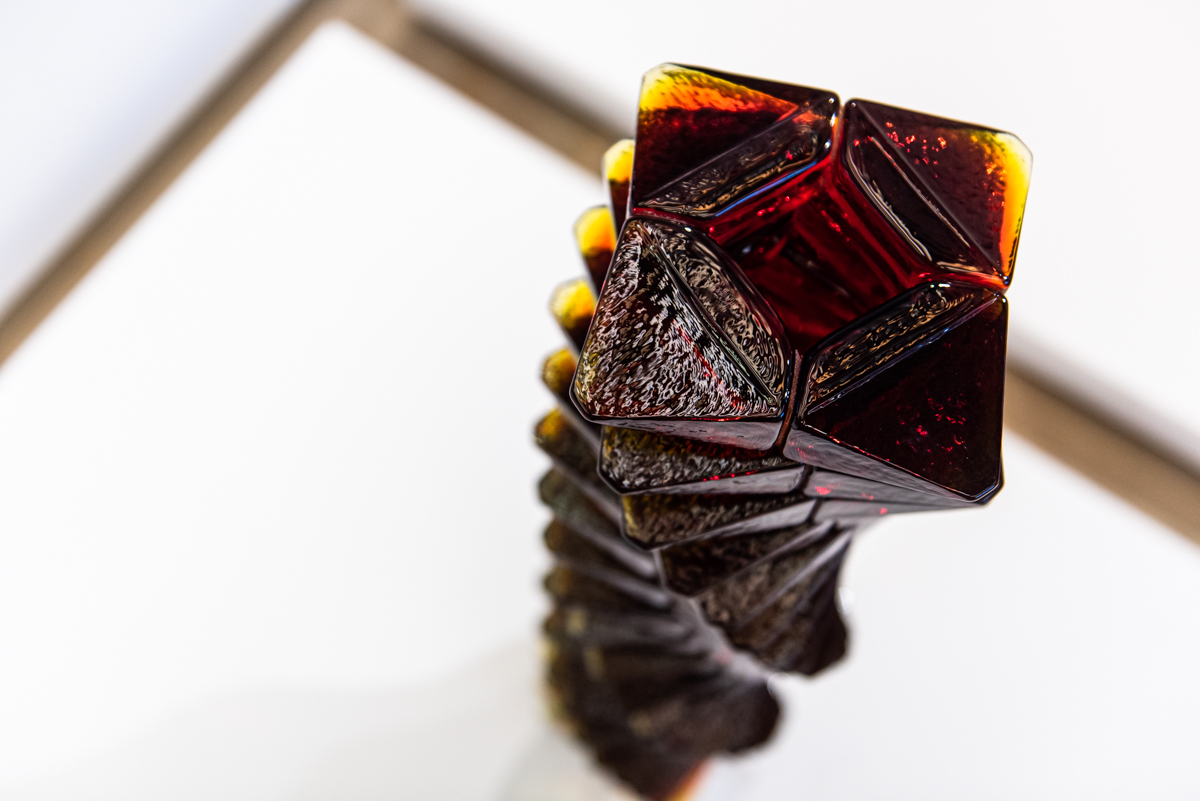 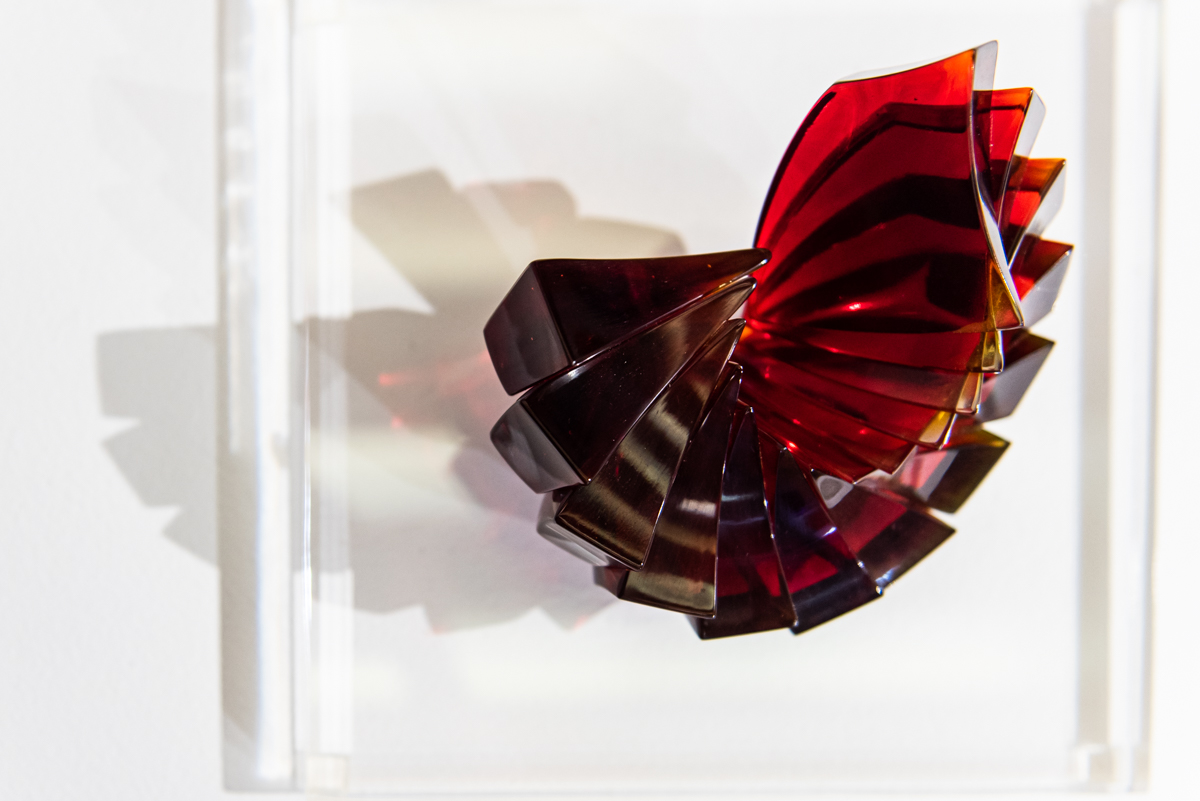 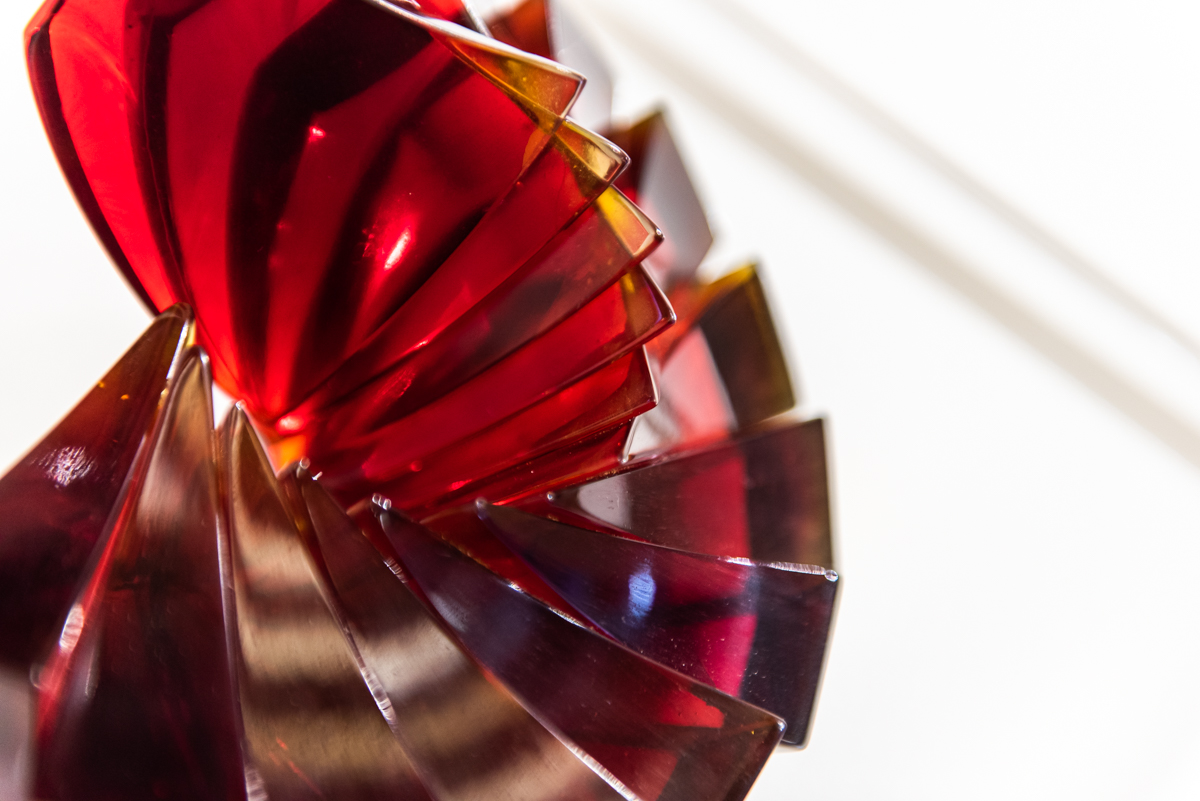 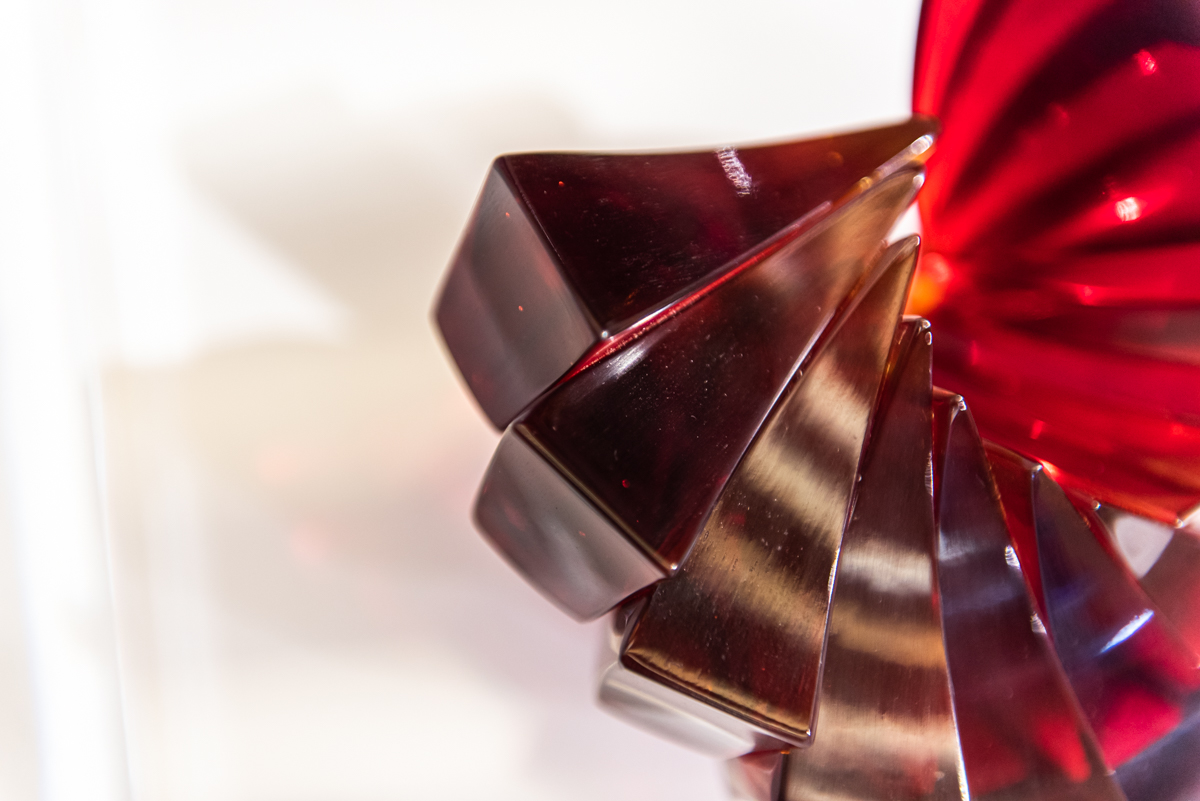 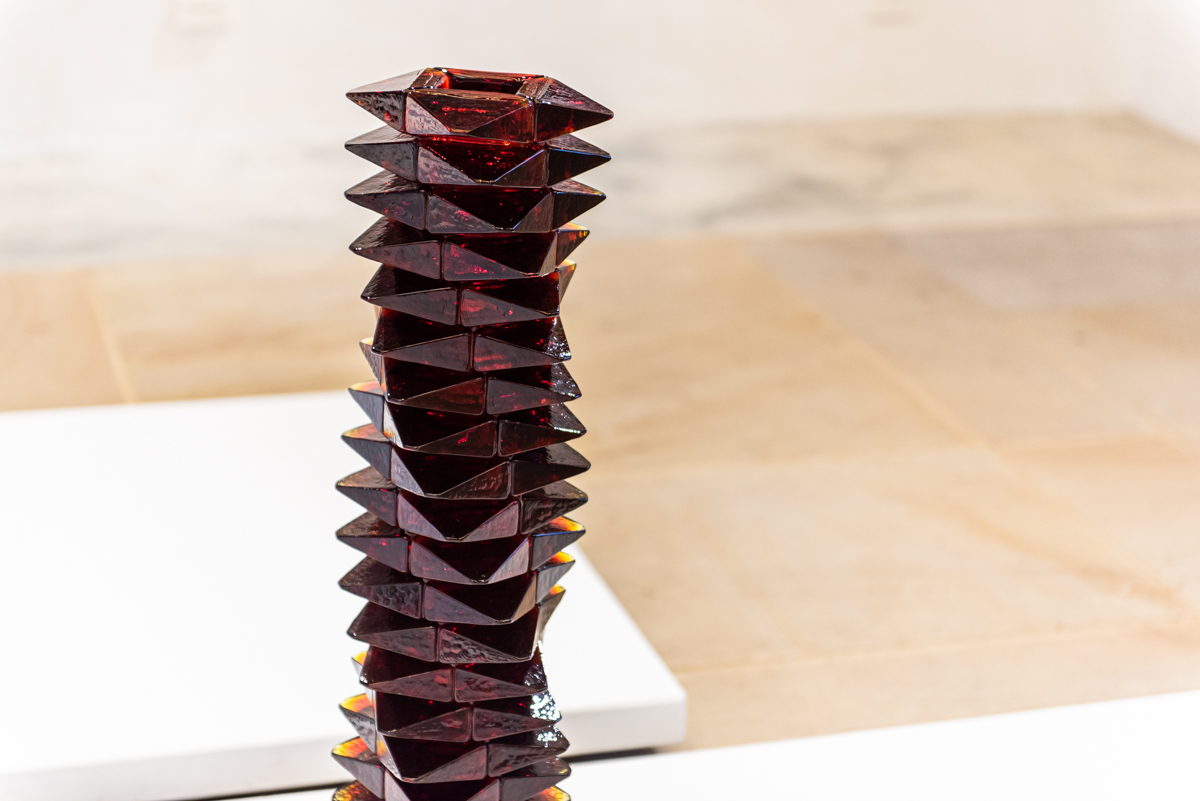 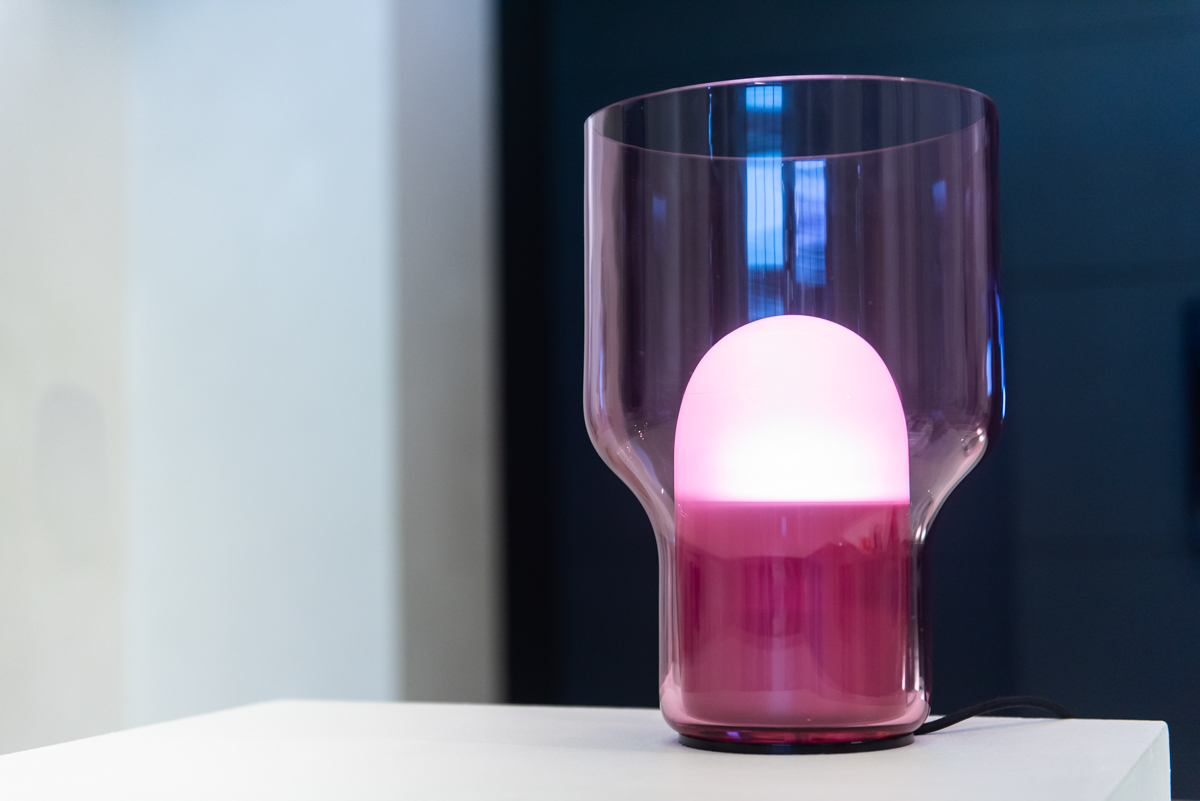 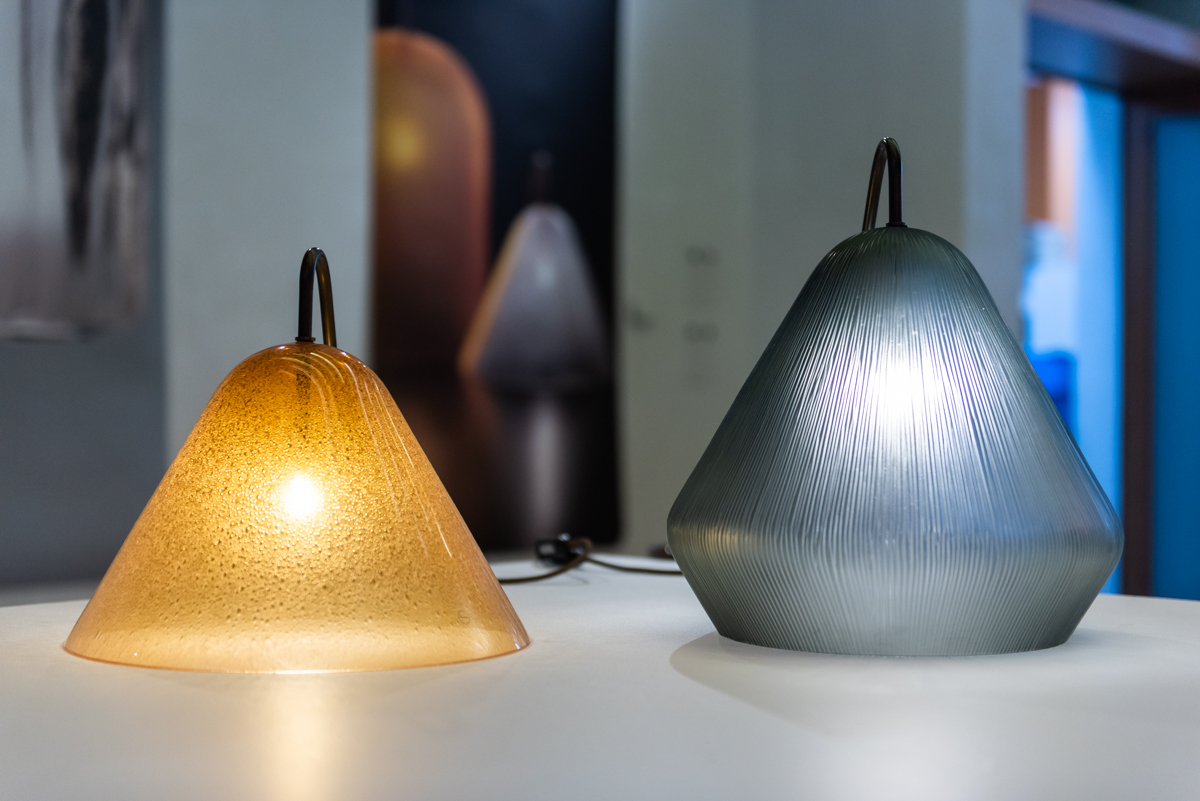 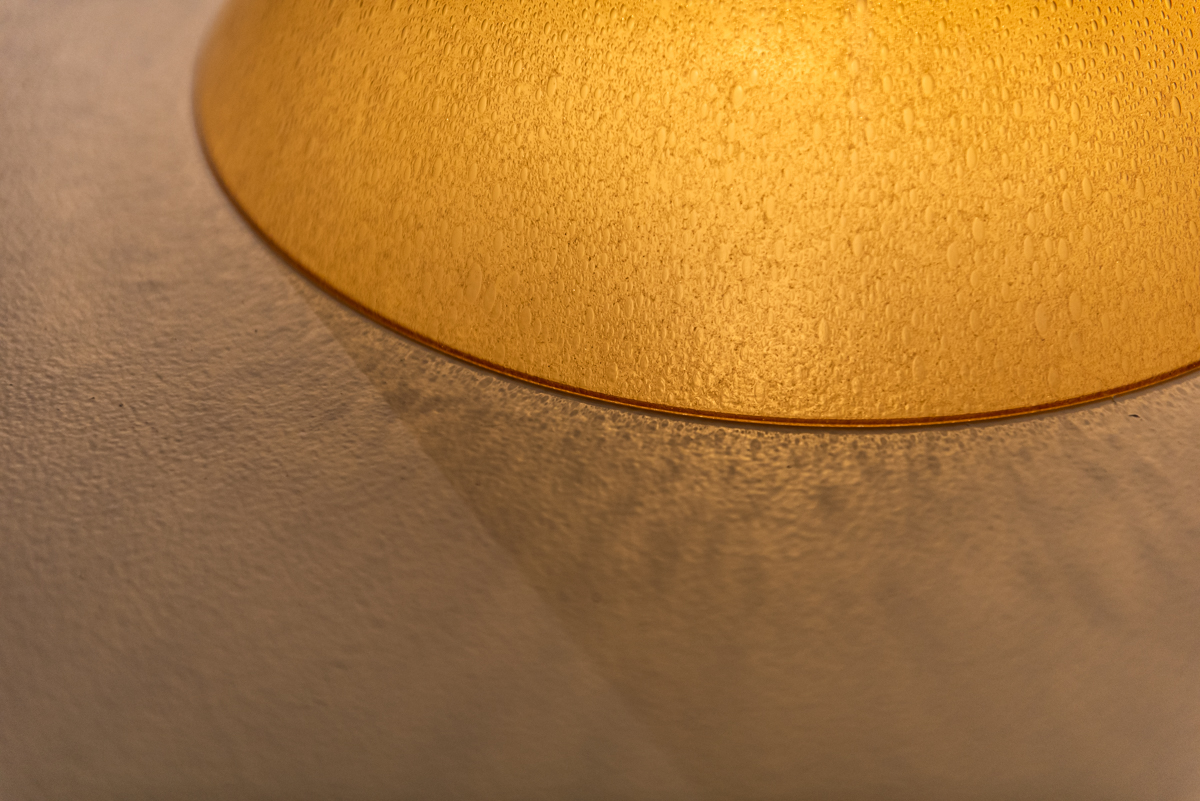 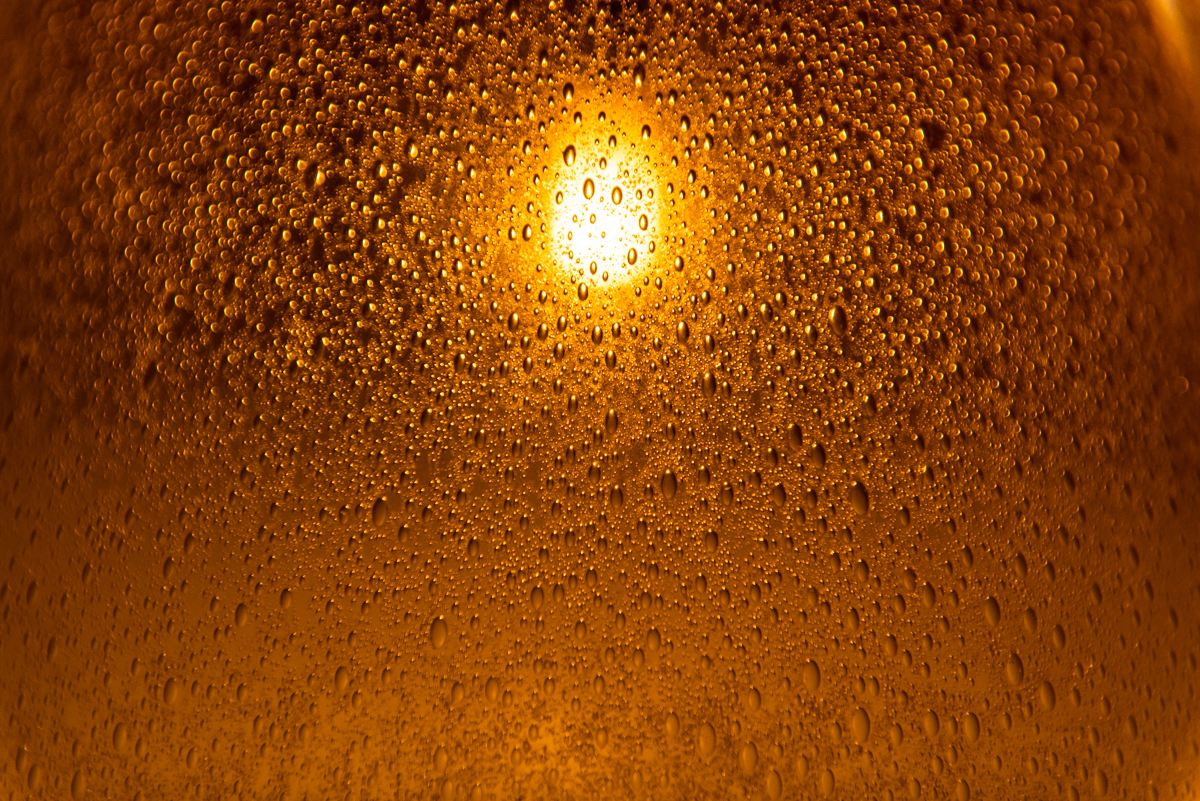 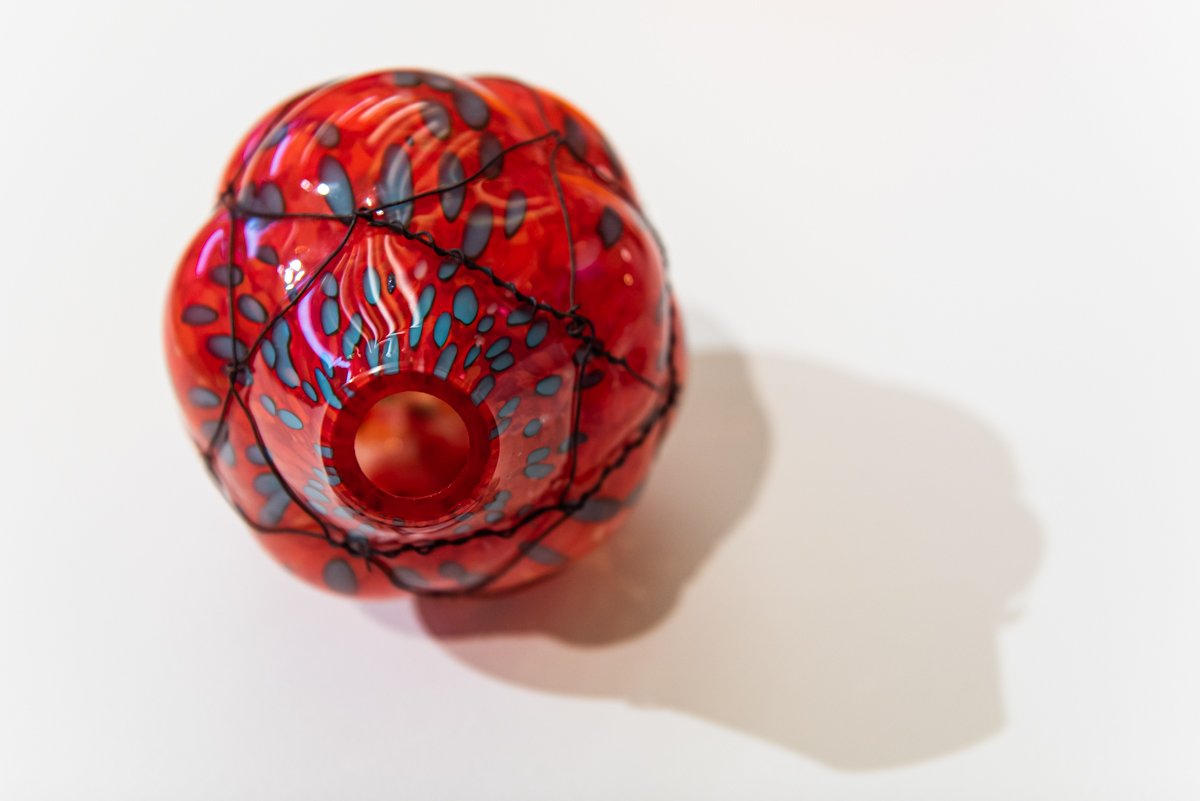 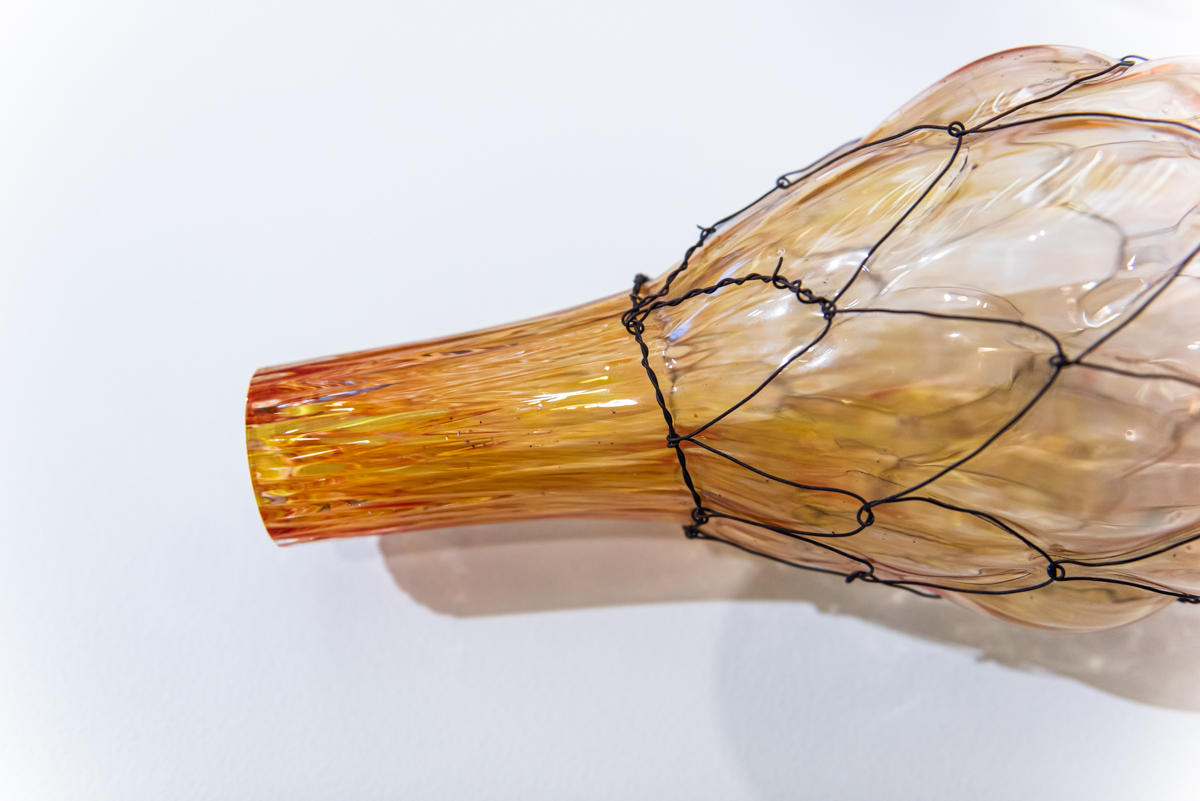 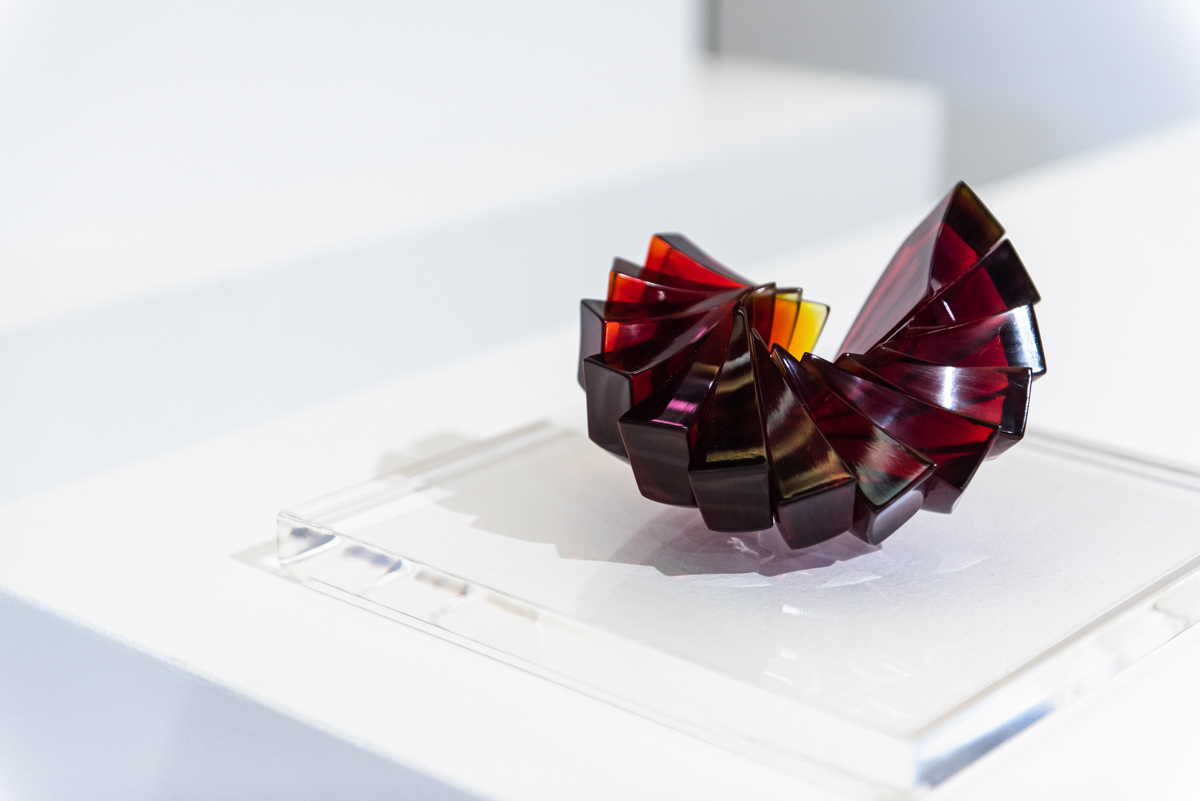 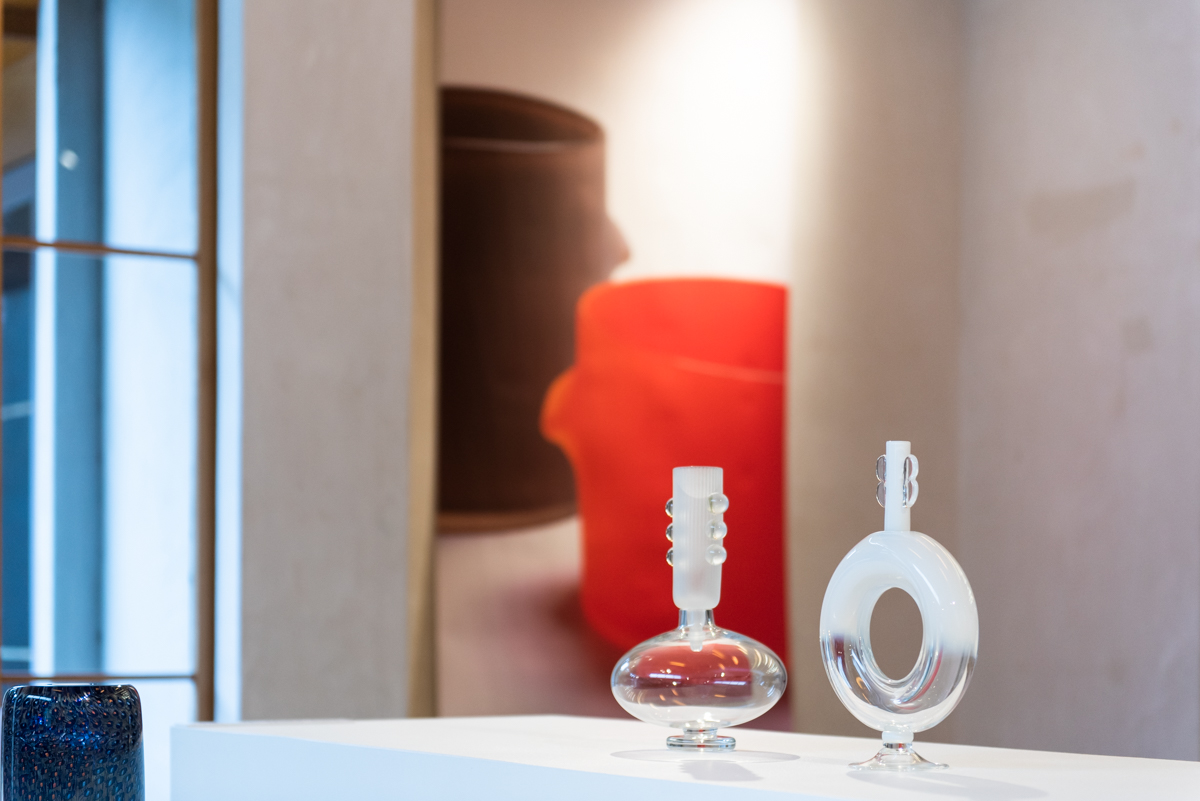 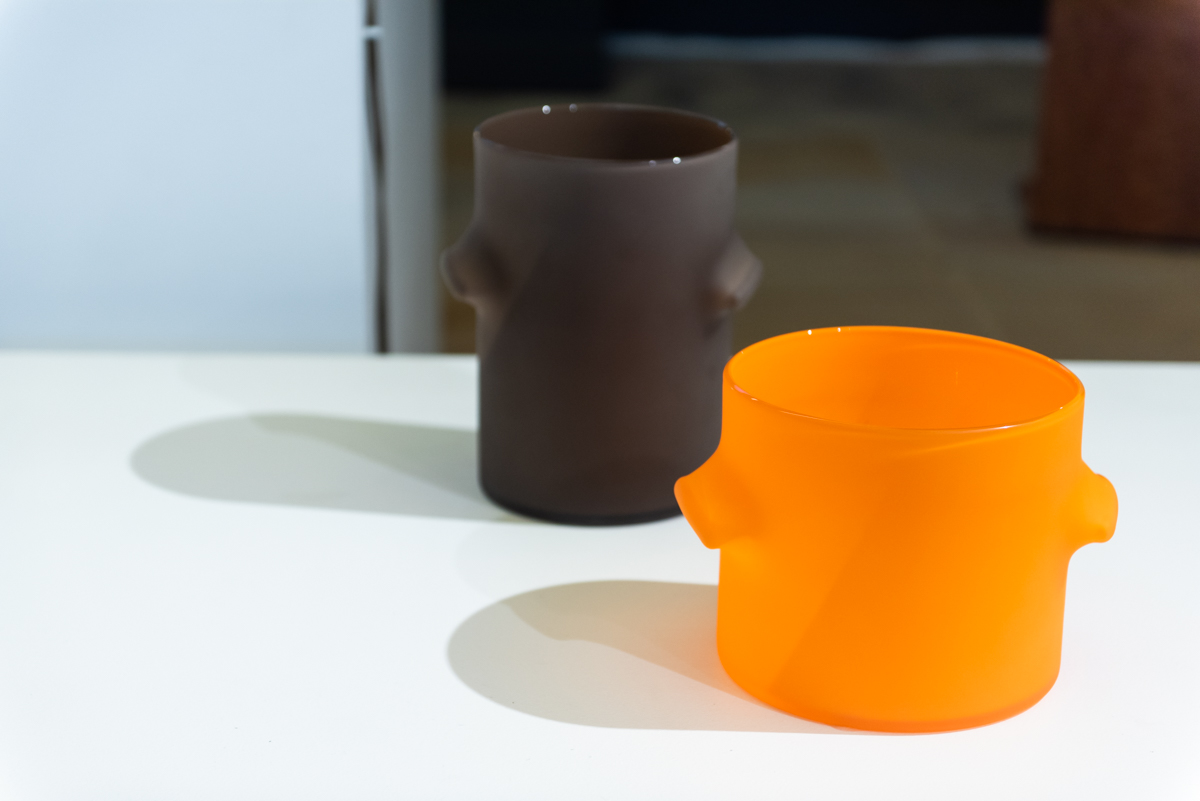 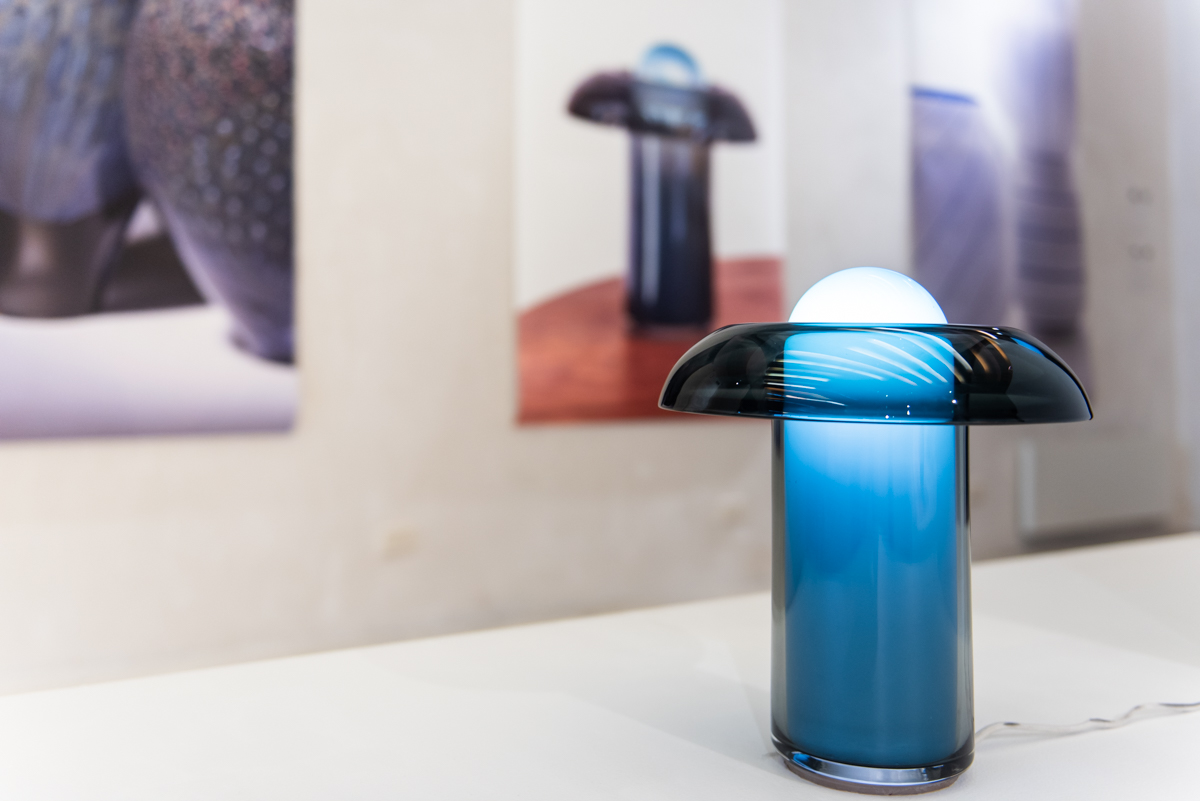 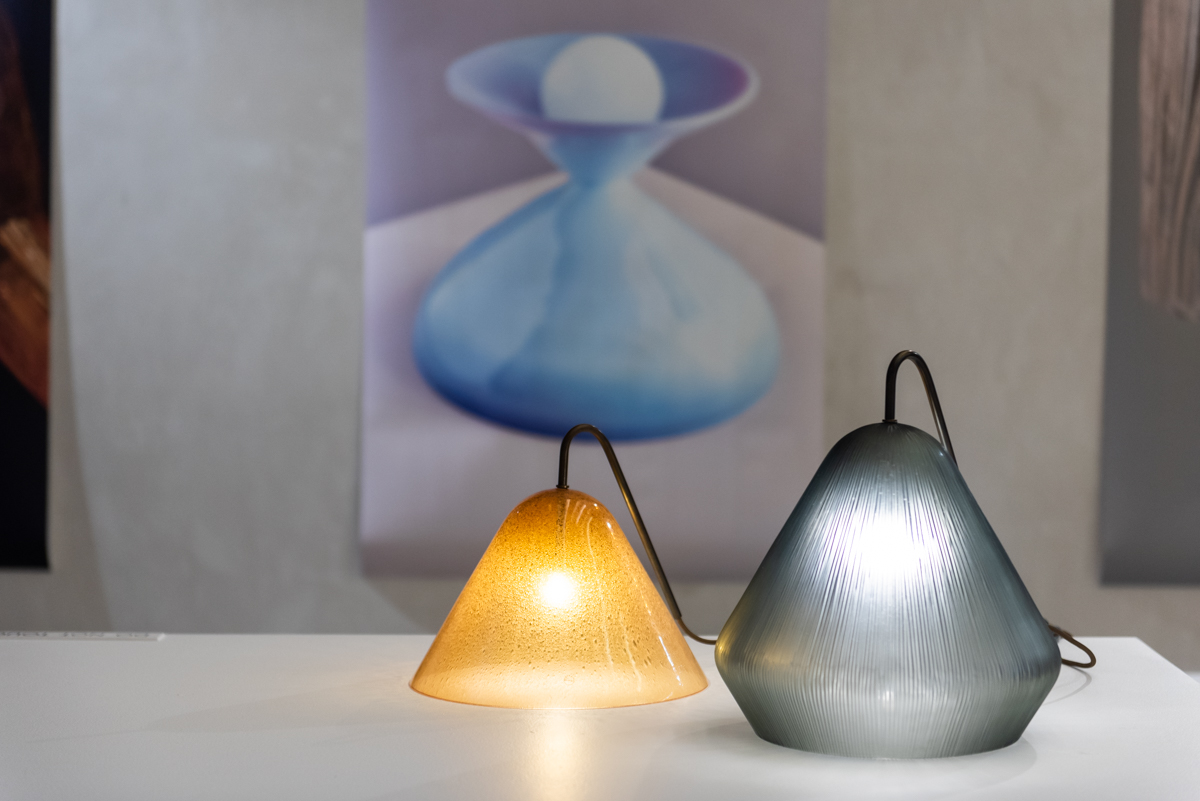 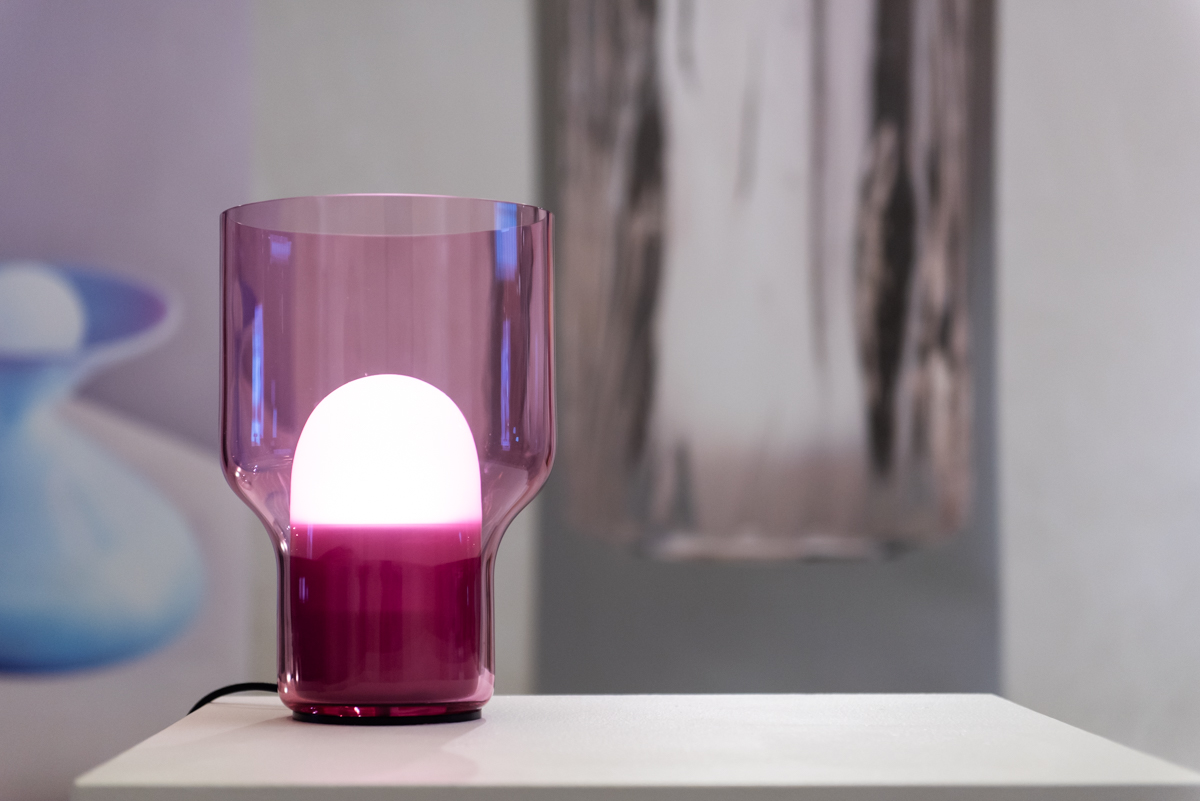 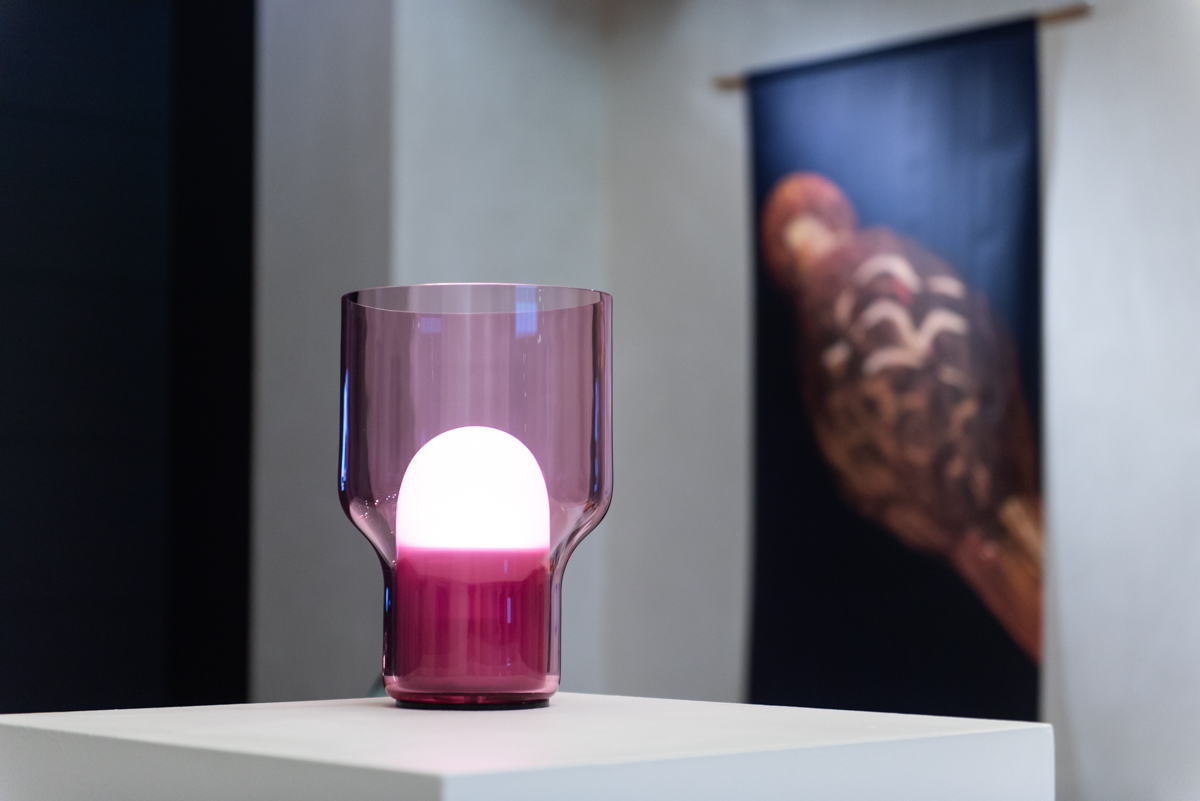