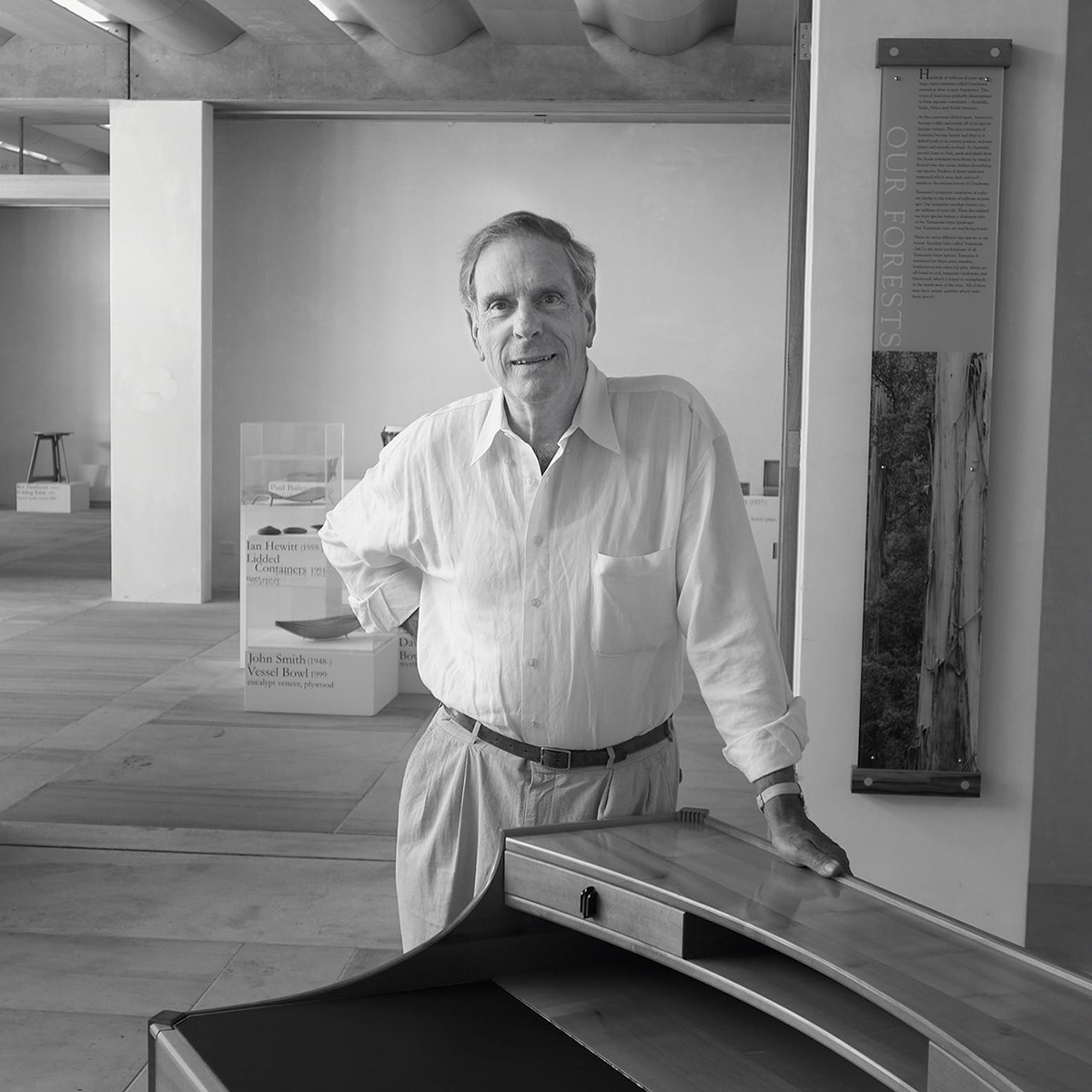 It is with great sadness that the Board and Trust of Design Tasmania announce the passing of our founder, Gary Ogle Cleveland on Friday 3rd April after a short illness.

The Design Tasmania family, and the design community mourn the loss of a visionary leader whose paradigm shifting thinking resulted in the creation of a ‘Heart Centre’ for design, a place where design in its broadest terms touches the lives of all.

Design Tasmania’s Chair Mel Kerrison asked former Chair, Dr Pippa Dickson, who was a close friend of Gary to prepare this tribute on behalf of the organisation:

Gary was a visionary. He had cat-like ability to see in the dark, and an enormous belief that each individual had the ability to effect momentous change.

Gary’s intellect and curiosity gave him enduring energy. He leapt across conceptual fences unscalable for most of us but, he would be there to lend a hand, and to pull us up. He was always challenging the shape of our understandings, beliefs and knowledges. His unerring questioning and expanded perspective provided space to consider additional ways to understand, he continually pushed to generate awareness and to shine light into dark places and on persistent problems. His idealism signalled hope and eternal optimism towards positive transformation. He gave us pause to consider the wonder of our world, our relationships, to be eternally curious and to find inspiration in simplicity.

Gary involved his friends in his pursuit to create a more stable, caring, fair, balanced and sustainable world. He founded an organisation, ‘Budgets for Care’, as an exceptionally progressive governance strategy ‘…to assist an organization's ethics…as a tool for… continuing prosperity as it responds to contemporary societal and ecological anxieties.’ At one time he wrote to me that he had ‘…just become plain sad that our species can ignore its responsibility for others, either human or non-human. That is, until something (like climate change) threatens oneself (me).’ Gary’s death is timely right now, bringing into sharp relief his principles and the importance of community, family, friendships and connecting.

Hugely focused on social good and the collective, he stoutly believed in the responsibility, power and position of organisations to influence community, society and government. He also fundamentally believed in women as keys to transforming our society.

Gary always had a call to action. Through his paradigm shifting thinking he proposed a ‘Heart Centre’ to be created at Design Tasmania. He saw many of the activities which brought people together for colloquiums and sharing as a fundamental part of this. I believe he was successful in the creation of this idea in part because, when Design Tasmania was founded in 1976, and earlier, he surrounded himself with those who innately understood his values and were prepared to take them forward.

He has left us with a task we can still realise as part of his enduring legacy. He shared with me that, ‘I still look forward to a day when the Heart Centre is composed of the wishes and imagination of children under 12 years old. I strongly feel that this must occur so that design in its broadest terms lies within the life experiences of all.’

Gary had a way to mobilise people that is unlike anyone I have ever met. I am so very grateful to have had the privilege to have sat with him and learnt from him, to be a tiny part of the expansive universe he has existed in and continues to permeate and transform.

My love and gratitude at this time go to Gary’s children, Lou, Jo and Rick whom he adored and I am lucky to know, his beautiful grandchildren and great grandchildren, and to Pat, his former wife, and co-founder of Design Tasmania. How lucky are we all to have him all around us, now and always.

Design Tasmania will hold a public memorial service to honour Gary’s legacy when the COVID19 restrictions are lifted.

Gary Cleveland from Faces of Launceston by Philip Kuruvita (2006) ©