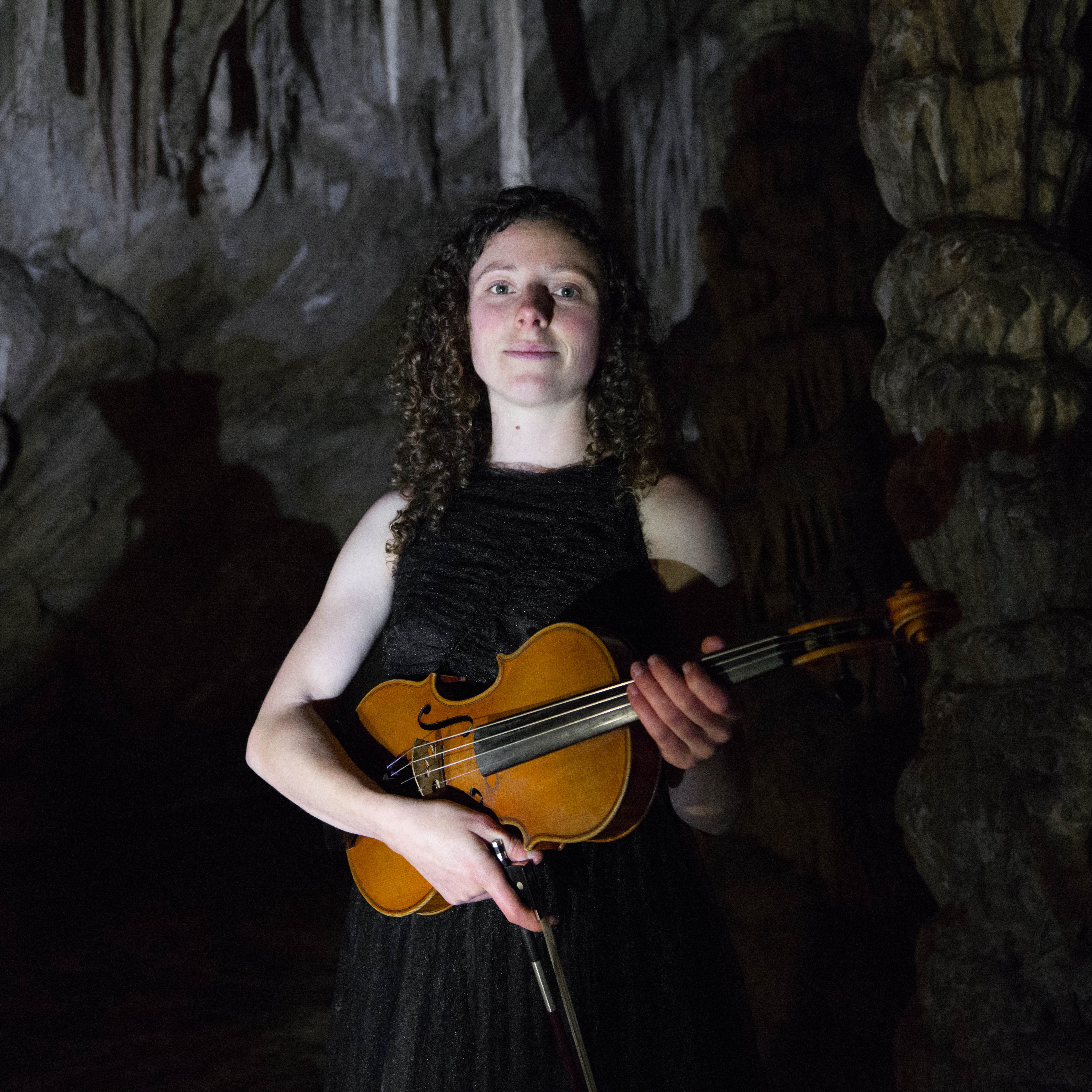 Emily Sheppard is a Tasmanian violinist, composer and improviser. Her music is inspired by the liminal spaces between musical genres, and science and art, created in submerged and subterranean environments. Emily studied at the Australian National Academy of Music (ANAM) (2012-2013) and has taken masterclasses with violin and fiddle legends Ivry Gitlis, Martin Hayes and Jeremy Kittel. Emily also holds an Honours degree in Marine Science (University of Tasmania), through which she investigated the viability of growing seaweed for carbon sequestration. Her interest in seaweed extends to her music; she has composed and performed music about endangered kelp forests, played on instruments made from bull kelp (Big hArt Tunes in the Tulips 2020, Ten Days on the Island 2021, MONA FOMA 2022). With her collaborator Yyan Ng (Yyan and Emily), Emily developed an erhu-like instrument made from eel-skin (‘eel-hu’) and has played this instrument in performances telling the incredible migration story of eels (MONA FOMA 2021, Beaker St 2021). She has also performed and recorded on the eel-hu with Van Diemen’s Fiddles (Ten Days on the Island 2021 and Melbourne Digital Concert Hall 2021), and as a soloist with the Van Diemen’s Band (Christmas Tour, 2021). In 2017, Emily spent a month residency composing in Tasmanian caves, culminating in several underground performances of her original compositions, supported by Arts Tasmania. These compositions feature on her debut solo album, ‘MoonMilk’ (released 2020). Emily has also been a member of the Tasmanian Symphony Orchestra (since 2015), Australian Chamber Orchestra (ACO2) (2013-2015), performed as a soloist with Orchestra Victoria (2014) and ANAM Orchestra (2014), and has recorded and performed with Paul Kelly (2013), Katie Noonan (2013) and DJ Spooky (2015).

The Kelp Amplifier and Eel Drum are exhibited as part of Organology.

Image credit: courtesy of the designer.