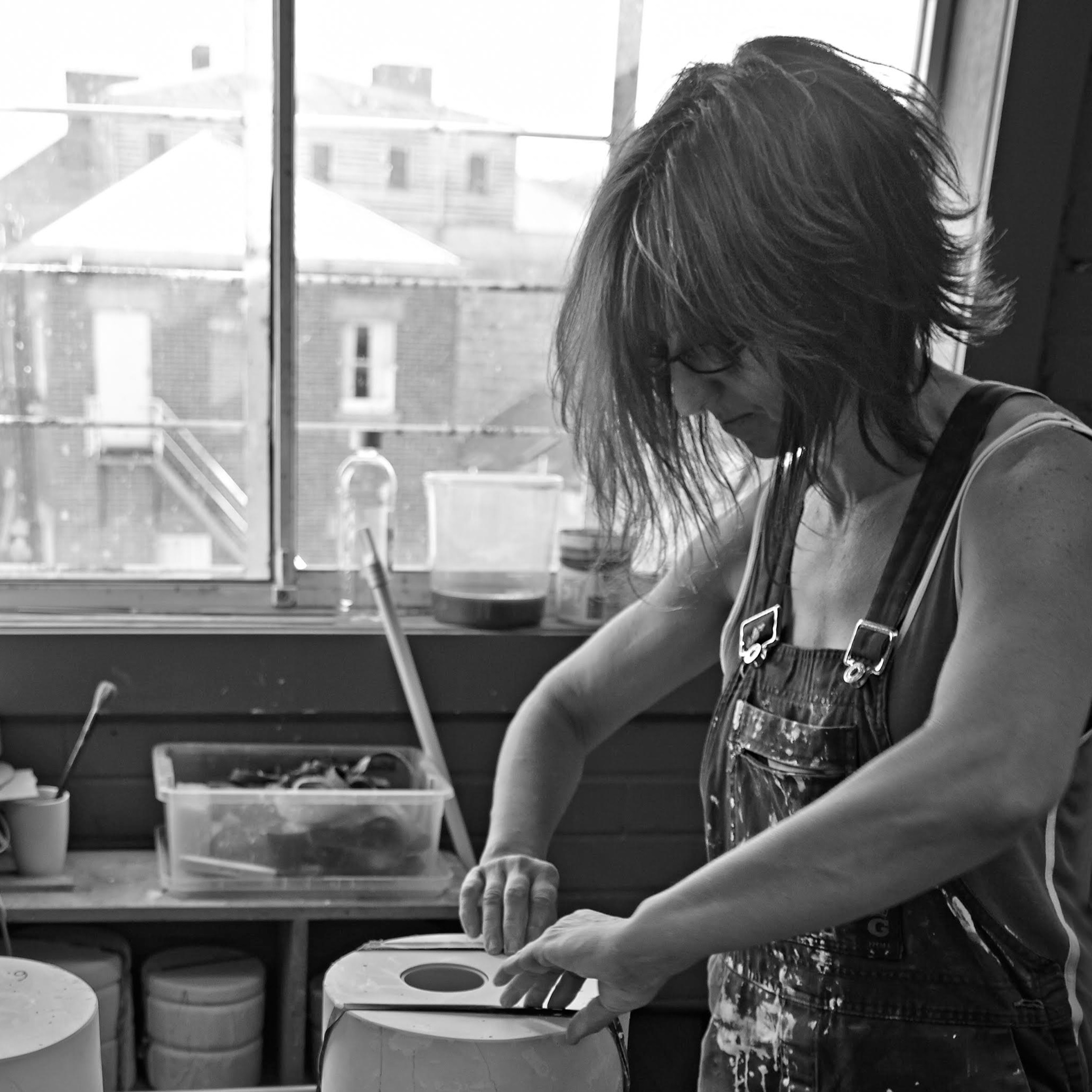 Winkler was born and raised in Tasmania and has had a lifetime of involvement with the Tasmanian landscape. Bushwalking with her family from childhood, Winkler developed an intimate connection with and a depth of understanding of the beautiful and fragile Tasmanian alpine environment. Sea kayaking has brought another level of connection to the Tasmania landscape, particularly is rivers, lakes, and costal environments.

As an artist and designer, Winkler’s practice spans ceramics, sculpture, public art and design. At the heart of her practice is the poetic notion of a sense of life within form. This notion rests on two assumptions; firstly, that curves projecting tension and energy are difficult to view with detachment. Such curves invite associations beyond the visual and the intellectual. They are evocative, and thus have the potential to generate connections, sensually, emotionally, and imaginatively — they tempt touch, be that with the eyes, the hands, the memory, or the imagination. The second assumption is that that the tactile dimension of these works is deeply implicated in these connections.

Winkler completed a PhD focussing on Reflective, Practice-based Research through RMIT University’s School of Architecture and Design in 2014, having previously received a Bachelor of Fine Arts with First Class Honours at the University of Tasmania and the Australian Postgraduate Award in 2006 and a Bachelor of Education in 1986. Winkler has created works for numerous public art commissions and her sculptures and designed objects have been widely exhibited in solo and group exhibitions locally and nationally and are included in numerous public and private collections.
Winkler is represented by the Bett Gallery, Hobart.